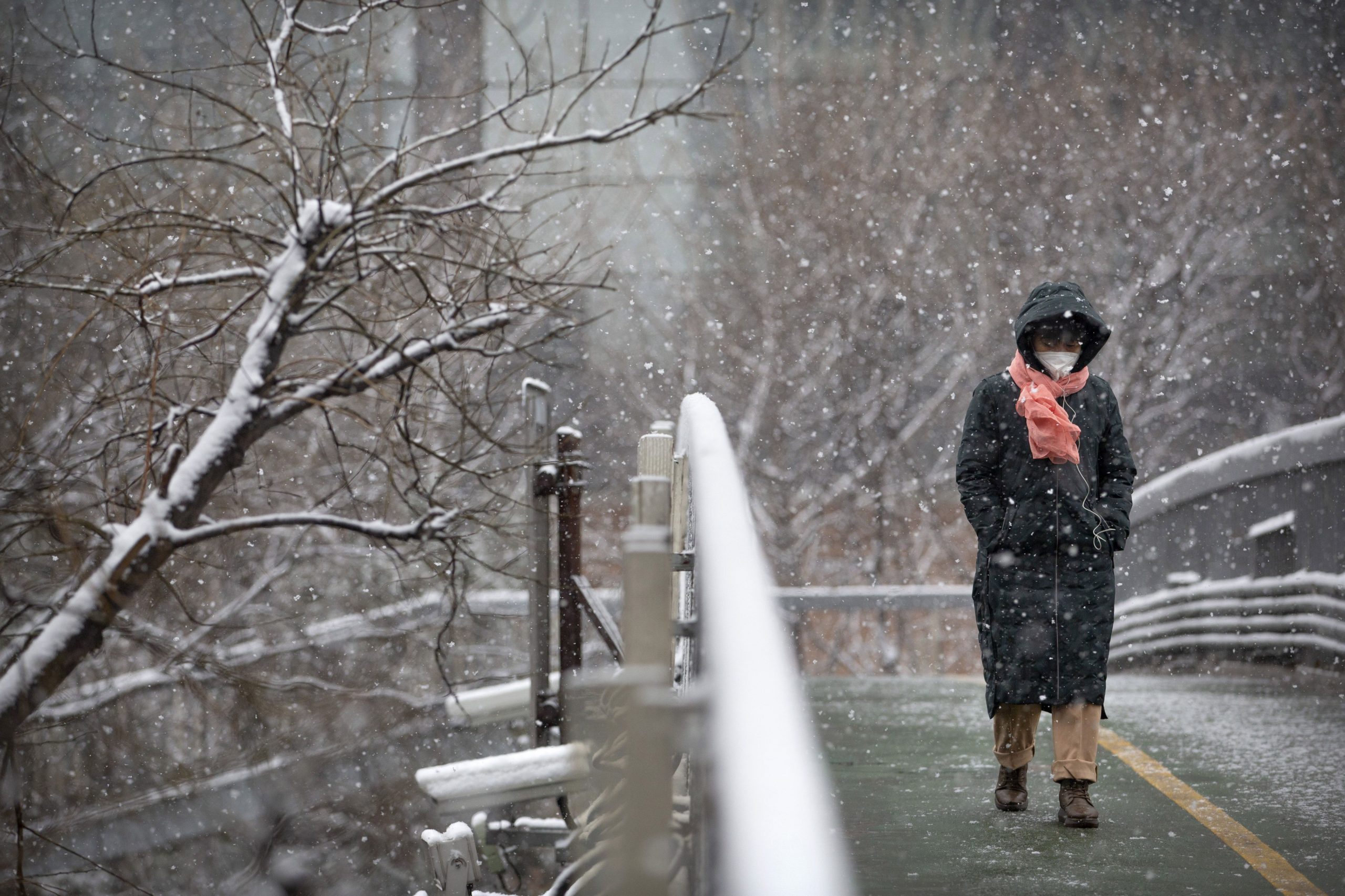 The Philippines on Sunday reported the first death from a new virus outside of China, where authorities delayed the opening of schools in the worst-hit province and tightened quarantine measures in a city that allow only one family member to venture out to buy supplies.

The Philippine Department of Health said a 44-year-old Chinese man from Wuhan was admitted on Jan. 25 after experiencing a fever, cough, and sore throat. He developed severe pneumonia, and in his last few days, “the patient was stable and showed signs of improvement, however, the condition of the patient deteriorated within his last 24 hours resulting in his demise.”

The man’s 38-year-old female companion, also from Wuhan, also tested positive for the virus and remains in hospital isolation in Manila.

President Rodrigo Duterte approved a temporary ban on all travelers, except Filipinos, from China and its autonomous regions. The U.S., Japan, Singapore and Australia have imposed similar restrictions despite criticism from China and an assessment from the World Health Organization that they were unnecessarily hurting trade and travel.-

The death toll in China climbed by 45 to 304 and the number of cases by 2,590 to 14,380, according to the National Health Commission, well above the number of those infected in in the 2002-03 outbreak of SARS, or severe acute respiratory syndrome, which broke out in southern China and spread worldwide.

Meanwhile, six officials in the city of Huanggang, neighboring the epicenter of Wuhan in Hubei province, have been fired over “poor performance” in handling the outbreak, the official Xinhua News Agency reported.

It cited the mayor as saying the city’s “capabilities to treat the patients remained inadequate and there is a severe shortage in medical supplies such as protective suits and medical masks.”

After Huanggang, the trading center of Wenzhou in coastal Zhejiang province also confined people to homes, allowing only one family member to venture out every other day to buy necessary supplies.

With the outbreak showing little sign of abating, authorities in Hubei and elsewhere have extended the Lunar New Year holiday, due to end this week, well into February. The annual travel crunch of millions of people returning from their hometowns to the cities is thought to pose a major threat of secondary infection at a time when authorities are encouraging people to avoid public gatherings.

All Hubei schools will postpone the opening of the new semester until further notice and students from elsewhere who visited over the holiday will also be excused from classes.

Far away on China’s southeast coast, the manufacturing hub of Wenzhou put off the opening of government offices until Feb. 9, private businesses until Feb. 17 and schools until March 1.

With nearly 10 million people, Wenzhou has reported 241 confirmed cases of the virus, one of the highest levels outside Hubei. Similar measures have been announced in the provinces and cities of Heilongjiang, Shandong, Guizhou, Hebei and Hunan, while the major cities of Shanghai and Beijing were on indefinite leave pending developments.

Despite imposing drastic travel restrictions at home, China has chafed at those imposed by foreign governments, criticizing Washington’s order barring entry to most non-citizens who visited China in the past two weeks. Apart from dinging China’s international reputation, such steps could worsen a domestic economy already growing at its lowest rate in decades.

The crisis is the latest to confront Chinese leader Xi Jinping, who has been beset by months of anti-government protests in the semi-autonomous Chinese city of Hong Kong, the reelection of Taiwan’s pro-independence president and criticism over human rights violations in the traditionally Muslim northwestern territory of Xinjiang. Economically, Xi faces lagging demand and dramatically slower growth at home while the tariff war with the U.S. remains largely unresolved.

Among a growing number of airlines suspending flights to mainland China was Qatar Airways. The Doha-based carrier said on its website that its flights would stop Monday. It blamed “significant operational challenges caused by entry restrictions imposed by a number of countries” for the suspension of flights.

Saudi Arabia’s state-run TV reported that 10 Saudi students were evacuated from Wuhan on a special flight. It said the students would be screened upon arrival, but did not say whether they would be quarantined for 14 days.

This weekend, South Korea and India flew hundreds of their citizens out of Wuhan. They went into a two-week quarantine.

On Sunday, South Korea reported three more cases for a total of 15. They include an evacuee, a Chinese relative of a man who tested positive and a man who returned from Wuhan. India reported a second case, also in southern Kerala state.

South Korea also barred foreigners who have stayed or traveled to Hubei province within the last 14 days from entering the country.

Indonesia flew back 241 nationals from Wuhan on Sunday and quarantined them on the remote Natuna Islands for two weeks. Several hundred residents protested the move, with one saying, “This is not because we do not have a sense of solidarity with fellow nationals. But because we fear they could infect us with the deadly virus from China.”

A Turkish military transport plane carrying 42 people arrived in Ankara from Wutan Saturday night. The 32 Turkish, six Azerbaijani, three Georgian nationals and an Albanian will remain under observation for 14 days, together with 20 personnel who participated in the evacuation, Health Minister Fahrettin Koca said.

Vietnam counted its seventh case, a Vietnamese-American man who had a two-hour layover in Wuhan on his way from the U.S. to Ho Chi Minh City.

The virus’ rapid spread in two months prompted the WHO on Thursday to declare it a global emergency.

That declaration “flipped the switch” from a cautious attitude to recommending governments prepare for the possibility the virus might spread, said the WHO representative in Beijing, Gauden Galea. Most cases reported so far have been people who visited China or their family members.

WHO said it was especially concerned that some cases abroad involved human-to-human transmission.

“Countries need to get ready for possible importation in order to identify cases as early as possible and in order to be ready for a domestic outbreak control, if that happens,” Galea told The Associated Press.

Both the new virus and SARS are from the coronavirus family, which also includes those that cause the common cold.

The death rate in China is falling, but the number of confirmed cases will keep growing because thousands of specimens from suspected cases have yet to be tested, Galea said.

“The case fatality ratio is settling out at a much lower level than we were reporting three, now four, weeks ago,” he said.

Although scientists expect to see limited transmission of the virus between people with family or other close contact, they are concerned about cases of infection spreading to people who might have less exposure.