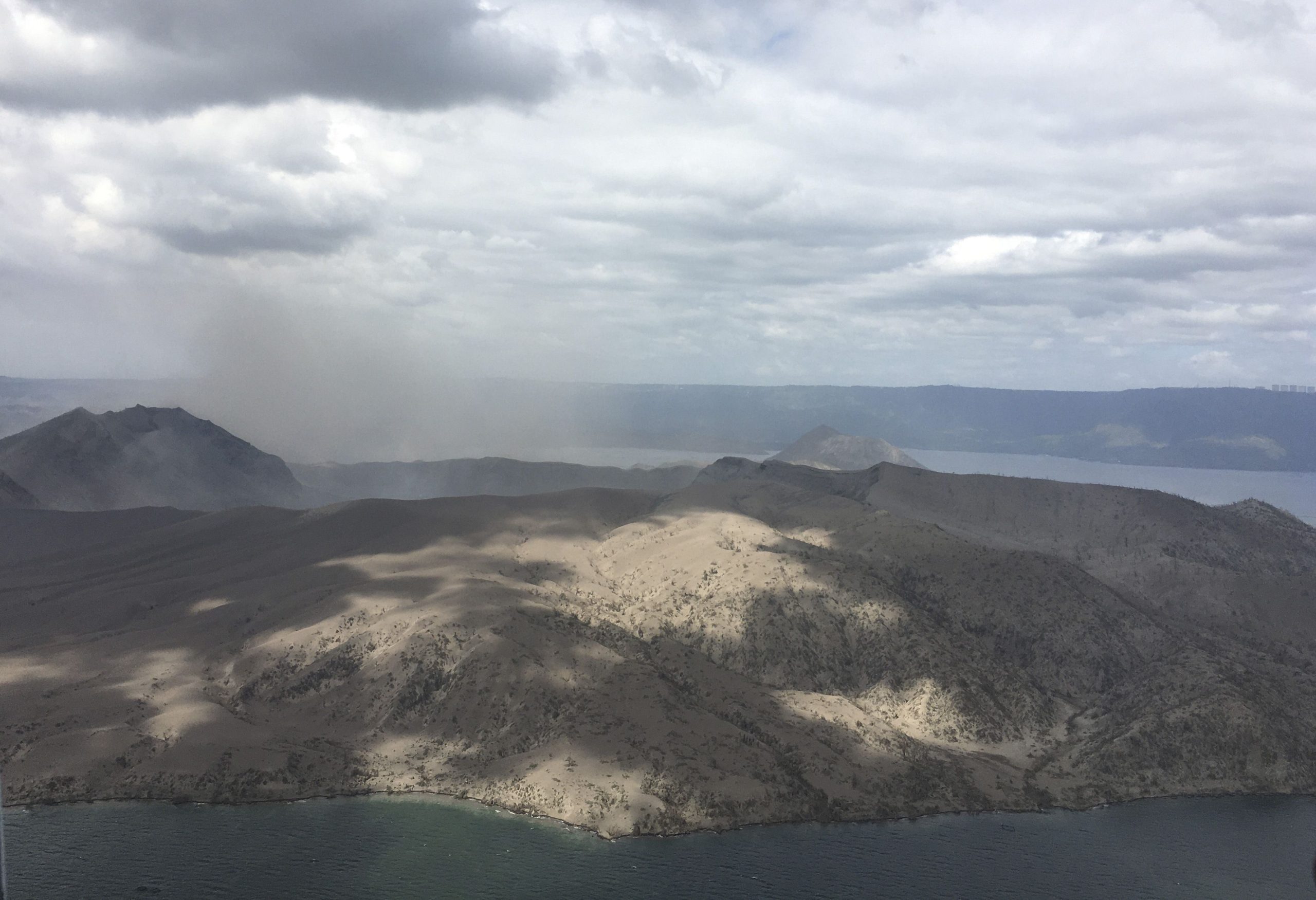 Philippine authorities on Sunday lowered the alert level at Taal Volcano, two weeks after it began spewing ash, steam and rocks, a move that will allow many of the more than 376,000 displaced villagers to return home.

A popular tourist destination just south of Manila because of its picturesque setting in the middle of a lake, Taal erupted on Jan. 12. It caused no known deaths but delivered an early crisis this year for one of the world’s most disaster-prone nations.

The government’s agency lowered the alert level from 4 to 3, which means there’s a “decreased tendency toward a hazardous eruption.” The highest level-5 alert indicates a major and much more dangerous eruption.-

The agency also reduced to half the danger zone where residents have to be evacuated, from the 14-kilometer (8.7-mile) radius around the volcano. Taal had last erupted 43 years ago.

“We have to be careful of Taal because of the danger it may still bring, so at the lower level, there should be heightened preparedness. People should brace for rapid evacuation,” Renato Solidum, the head of the institute, said in a televised news conference.

Mayor Daniel Reyes of Agoncillo, a town along the western shores of Taal Lake overlooking the island where the volcano lies, said he was relieved but remained concerned. Residents of Agoncillo and nearby Laurel could still not return home because of the towns’ proximity to the volcano. Thousands of villagers who used to reside and work on Volcano Island will not be allowed to return permanently, Batangas Gov. Hermilando Mandanas said.

Mandanas warned returning villagers to assess the safety of their villages and houses, many of which remained blanketed by volcanic ash or had been damaged by the eruption and earthquakes.

“It’s somehow a relief but we’re still under a total lockdown,” Reyes told The Associated Press, adding all the 44,000 villagers of his town will remain in evacuation centers.

Footage showed thousands of elated villagers yelling “thank you” as they drove back in droves to their still-dusty towns and cities on board motorcycles, motorcycle taxis and some cars.

More than 376,000 people fled to safety from ash-blanketed towns and cities in hard-hit Batangas province. Nearly half of them sought accommodation in some 500 state-run emergency shelters, mostly school and government buildings. The eruption had shut Manila’s main international airport for a night due to volcanic ash, forcing the cancellation of hundreds of flights.

A thriving tourism industry in Batangas and in upland Tagaytay city, where hundreds of hotels, venues, spas and parks have benefited from its vantage view of one of the world’s smallest volcanoes, came to a halt for days.

Resort towns around Taal Lake resembled ash-covered ghost towns. Police set up barricades and checkpoints to prevent residents from sneaking back to the danger zone to check their homes, rescue pets or retrieve food, documents and belongings, sparking arguments.

The 1,020-foot (311-meter) Taal is the second-most restive of about two dozen active Philippine volcanoes and precariously lies near densely populated areas. On the small island where the volcano lies, more than 5,000 villagers, many of them working as tourist guides, fled as the ground shook and the volcano belched a tall plume of dark-gray ash and steam into the sky. Hundreds of horses, cows and other animals were left behind.

The Philippine archipelago lies in the so-called Pacific “Ring of Fire,” a seismically fragile region around the ocean basin, where most of the world’s earthquakes and volcanic eruptions occur.