Paris throws off mask to party like the virus never was

The Times of Earth, International Edition
0
1740 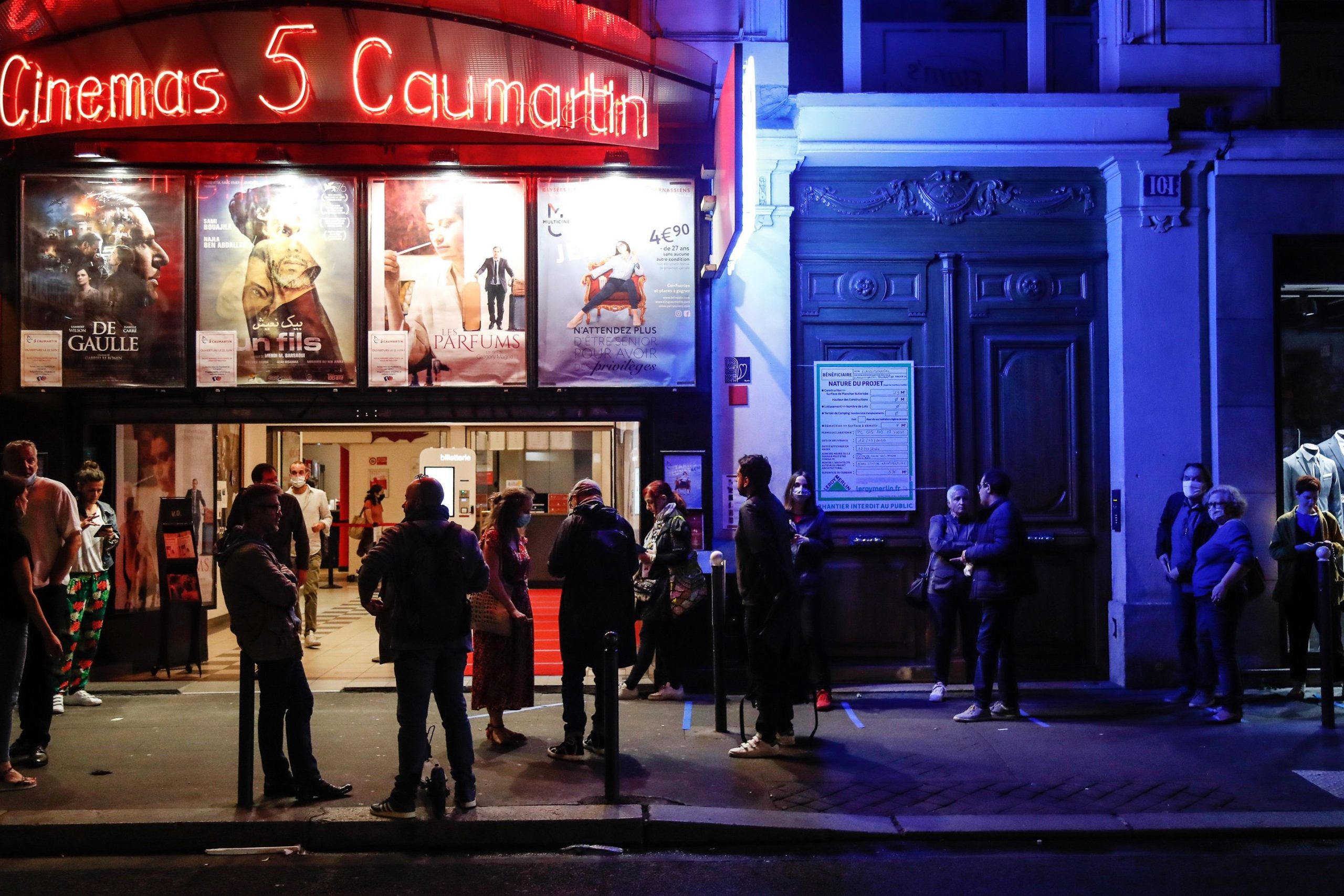 People queue up before attending the screening of the film "Les Parfums", on June 21, 2020 in Paris.. AFP

Social distancing and face masks were largely forgotten as thousands of French people danced and partied well into Monday in the first big blow out since the coronavirus lockdown.

The annual midsummer Festival of Music usually brings millions of people out onto the streets across the country for impromptu concerts in cafes and on street corners that go on long into the night.

And despite emergency measures which ban gatherings of more than 10 people, thousands thronged the trendy Canal Saint Martin and the Marais districts of Paris late Sunday to dance and sing along to bands and DJs.

Not even heavy showers could dampen spirits, with few beyond those serving spicey merguez sausages from street stalls bothering to wear masks.

“The Festival of Music is important, it’s a national event,” 28-year-old reveller Violette told AFP as she boogied to a band in northern Paris.

And she laughed at the idea that people would be strictly respecting social distancing.

But many who watched the crowds on the streets were horrified, taking to social media to voice fears of a second wave of infections.

“What a brilliant idea! A Festival of Music just as we are going out of a major health emergency,” one Twitter user commented.

Although none of the usual big set-piece extravaganzas were held beyond what French electronic music legend Jean-Michel Jarre had billed as the world’s first live virtual “avatar” concert, many felt the authorities had been too lax.

A senior doctor at the Pitie-Salpetriere hospital in Paris, where many COVID-19 sufferers are still being treated, criticised the decision to let the festival go ahead.

“This is not what a gradual end to the lockdown looks like,” said Dr Gilbert Deray.

“I understand that the Festival of Music is something of a liberation, but did we really have to have it this year?”

Cinemas also reopened in France on Monday for the first time since the lockdown began in March.

The 5 Caumartin cinema in Paris opened one minute after midnight for a red-carpet champagne and popcorn sneak preview of the upcoming French comedy, “Les Parfums” (The Perfumes), about a prima donna perfume “nose”, who comes up with new fragrances.

“There are no words to describe what I feel. I have been waiting for this for 99 days,” cinema manager Louis Merle told the 120 people who had queued up for their first big-screen experience since March 17.

“Watching series on Netflix is one thing, but the cinema is something else,” said the film’s star Emmanuelle Devos.

Even though cinemas have reopened, they are far from back to normal.

The authorities insist that screenings can never be more than half full with a free seat either side of each filmgoer.

And everyone must wear masks as they queue for tickets and in the corridors.

Even so, pollsters estimate that 18.7 million French people — almost a third of the population — plan to go see a film in the next month.