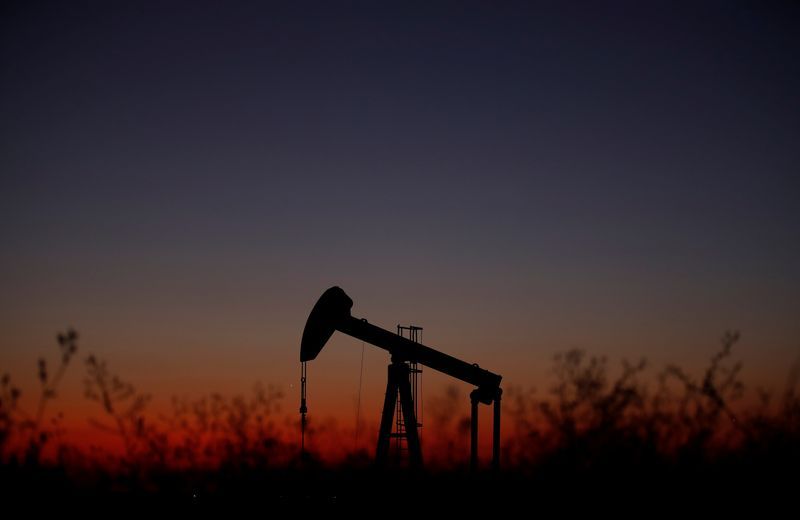 An oil pump is seen just after sunset outside Saint-Fiacre. REUTERS

Oil prices extended losses on Monday, slumping by more than $1 a barrel, as an emergency rate cut by the U.S. Federal Reserve failed to soothe global financial markets panicked by the rapid spread of the coronavirus and mounting economic disruptions.

Over the weekend, more governments locked down by cancelling flights to contain the virus, telling some businesses like restaurants to close and encouraging more people to stay home.

U.S. crude <CLc1> was at $30.20, down $1.53 after slipping below $30 earlier in the session, despite U.S. President Trump’s pledge to fill strategic oil reserve at the world’s largest oil consumer “to the top”.

The U.S. Federal Reserve slashed interest rates on Sunday in its second emergency cut this month, and said it would expand its balance sheet by at least $700 billion in coming weeks.

Oil markets have come under intense pressure from both worries about demand destruction as the pandemic spreads and oversupply after top exporter Saudi Arabia ramped up output and slashed prices to increase sales to consumers in Asia and Europe.

“As governments around the globe ramp up their efforts to contain and minimize the health and economic damage, traders are alert for more central bank responses,” said Michael McCarthy, chief market strategist at CMC Markets in Sydney.

But “the extreme moves and ongoing higher volatility suggest difficult trading will continue”, he said.