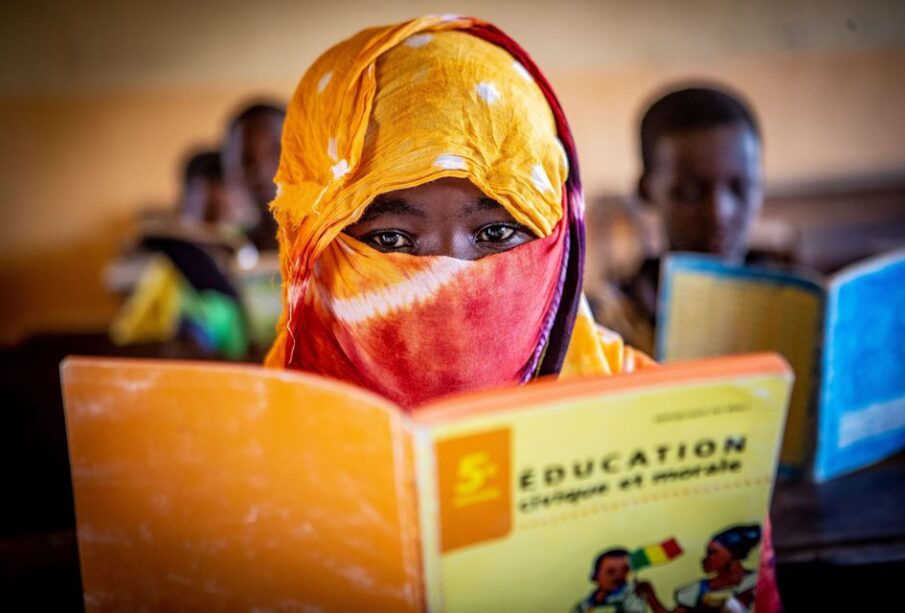 Fatoumata, 15, who was the house helper for an armed group, attends elementary school after she was helped by UNICEF and its partners, in Kidal, Mali August 31, 2021. UNICEF/Rooftop Prod/Handout via REUTERS

West and Central Africa has recorded the highest number of children recruited into conflict of any region in the world, and the number is growing, the U.N. children’s agency said on Tuesday.

Children are used as fighters as well as messengers, spies, cooks, cleaners, guards and porters by armed groups from Mali to Democratic Republic of Congo, UNICEF said in a report.

The United Nations verified about 21,000 children as being recruited by armed forces and non-state armed groups in the region between 2016 and 2020, the same number as in the whole preceding decade.

“These are rankings we would rather not be part of. And, these are only the cases the U.N. was able to verify: the actual number of grave violations are much higher,” said Karin Heissler, UNICEF Regional Chief of Child Protection, at a news briefing in Geneva.

West and Central Africa has multiple ongoing conflicts, including Islamist insurgencies in the Sahel and Lake Chad basin, a separatist conflict in Cameroon and militia fighting in Central African Republic and Democratic Republic of Congo.

In one particularly egregious case, Burkina Faso’s government said that a massacre in which more than 130 people were killed in June had been carried out mostly by children between the ages of 12 and 14.