The Times of Earth, International Edition
0
424 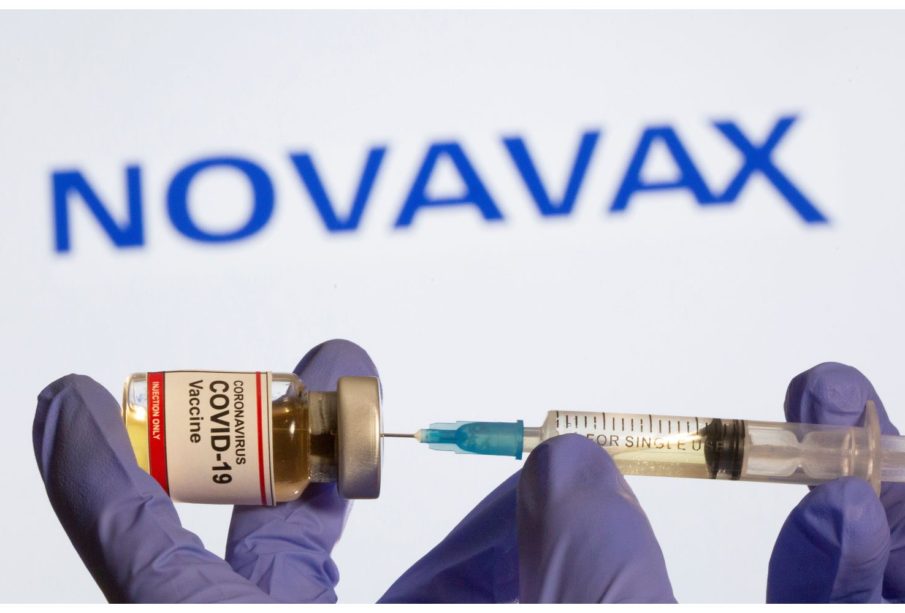 A woman holds a small bottle labeled with a "Coronavirus COVID-19 Vaccine" sticker and a medical syringe in front of displayed Novavax logo in this illustration taken, October 30, 2020. REUTERS/Dado Ruvic/File Photo

Novavax Inc on Monday said its COVID-19 vaccine was more than 90% effective, including against a variety of concerning variants of the coronavirus in a large, late-stage U.S.-based clinical trial.

The protein-based vaccine was more than 93% effective against the more easily transmissible predominant coronavirus variants that have caused concern among scientists and public health officials, Novavax said.

Protein-based vaccines are a conventional approach that use purified pieces of the virus to spur an immune response, such as those used against whooping cough and shingles.

While the trial was being conducted, the virus variant first discovered in the United Kingdom and now known as the Alpha variant was the most common circulating in the United States, the company said.

The vaccine was 91% effective among volunteers at high risk of severe infection and 100% effective in preventing moderate and severe cases of COVID-19. It was roughly 70% effective against virus variants that Novavax was unable to identify, Glenn said.

“Practically speaking, it’s very important that the vaccine can protect against a virus that is wildly swinging around” in terms of new variants, Glenn said.

Novavax said the vaccine was generally well tolerated. Side effects included headache, fatigue and muscle pain and were generally mild. A small number of participants experienced side effects described as severe.

Chief Executive Stanley Erck told CNBC on Monday it is possible the United States could donate the 110 million shots Novavax has agreed to supply to the U.S. government to the COVAX program that provides COVID-19 vaccines to poorer countries.

The Maryland-based company has repeatedly pushed back production forecasts and has struggled to access raw materials and equipment needed to manufacture its vaccine.

However, in a May investor call, Erck said major manufacturing hurdles have been cleared and that all of its facilities can now produce COVID-19 vaccine at commercial scale.

Erck said Novavax has begun its regulatory filing in India in partnership with the Serum Institute of India (SII), which is contracted to make Novavax shots.

Erck said his understanding is that SII is no longer constrained by raw materials shortages.

SII had said in March that U.S. restrictions on exports of supplies used for vaccines were limiting its ability to scale up production.

Novavax shares were off 3% in midday trading.