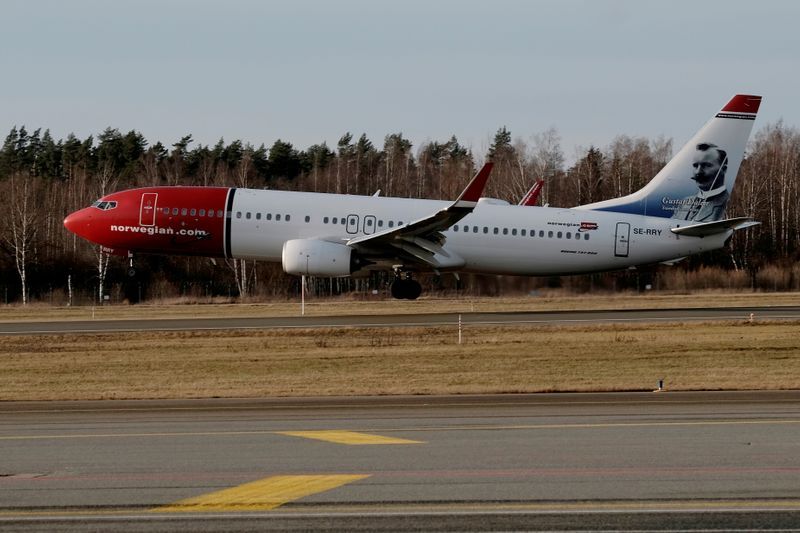 Norwegian Air will resume flights on 76 routes halted during the coronavirus outbreak and bring back into service 12 of its mothballed aircraft on top of the eight already flying, as European countries reopen and demand for flights rises.

Airlines have been hit hard by the pandemic, which put a stop to most international travel, leading many to seek help from governments.

“We’re getting back in the air with more planes and we’re reopening many of the routes which our customers have requested,” Chief Executive Jacob Schram said.

Norwegian furloughed or laid off about 7,300 staff, roughly 90% of its employees, after the COVID-19 outbreak.

The airline will resume flights between London’s Gatwick airport and Oslo, as well as Gatwick-Copenhagen, Edinburgh-Oslo and Edinburgh-Copenhagen, with more destinations out of its Oslo base to Spain, Croatia, France, Poland and the Baltics.

It is not yet resuming the transatlantic flights it is known for, nor is it flying to Italy.

“The reopening of flights is the result of recent increased demand from customers and is also in line with other airlines across Europe,” Norwegian said.

The resumption comes despite the patchwork of restrictions governments have imposed to try to prevent a resurgence in infections.

Britain has ordered a 14-day quarantine on incoming passengers, while Norway says those arriving must undergo a ten-day quarantine unless they fly from Denmark, Iceland or Finland.

Norwegian completed a financial rescue deal last month, handing control to its creditors and saying it could wait until 2021 before resuming flights beyond Norway’s borders.

The airline, which brought Europe’s low-cost business model to the transatlantic market, plans to reinvent itself in a scaled-down version with 110-120 aircraft, compared with almost 150 before the pandemic.