The Times of Earth, International Edition
0
575 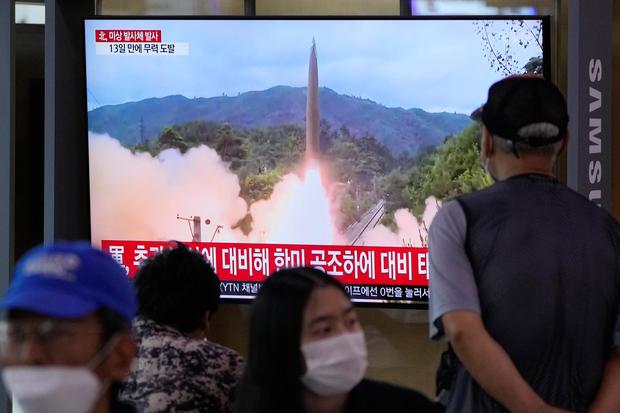 North Korea on Tuesday fired a suspected ballistic missile into the sea, Seoul and Tokyo officials said, the latest in a series of weapons tests by Pyongyang that came days after it offered talks with South Korea.

Seoul’s Joint Chiefs of Staff said in a statement that “an unidentified projectile” fired from an inland location in North Korea flew toward the country’s eastern sea Tuesday morning. It said South Korean and U.S. intelligence authorities were analyzing details of the launch.

Earlier this month, North Korea performed tests of ballistic and cruise missiles in its first such launches in six months, displaying an ability to attack South Korea and Japan, both key U.S. allies.

But last Friday and Saturday, North Korea reached out to South Korea, saying it’s open to resuming talks and reconciliatory steps if conditions are met. Some experts said North Korea wants South Korea to play a role in winning relief from U.S.-led sanctions or other concessions.

U.S. officials have repeatedly expressed hopes to sit down for talks with North Korea but have also made it clear they will continue sanctions until the North takes concrete steps toward denuclearization.

A U.S.-led diplomatic effort aimed at convincing North Korea to abandon its nuclear weapons in return for economic and political benefits remain stalled after 2½ years. A main sticking point is a dispute over U.S.-led sanctions imposed on North Korea over its nuclear and missile tests.