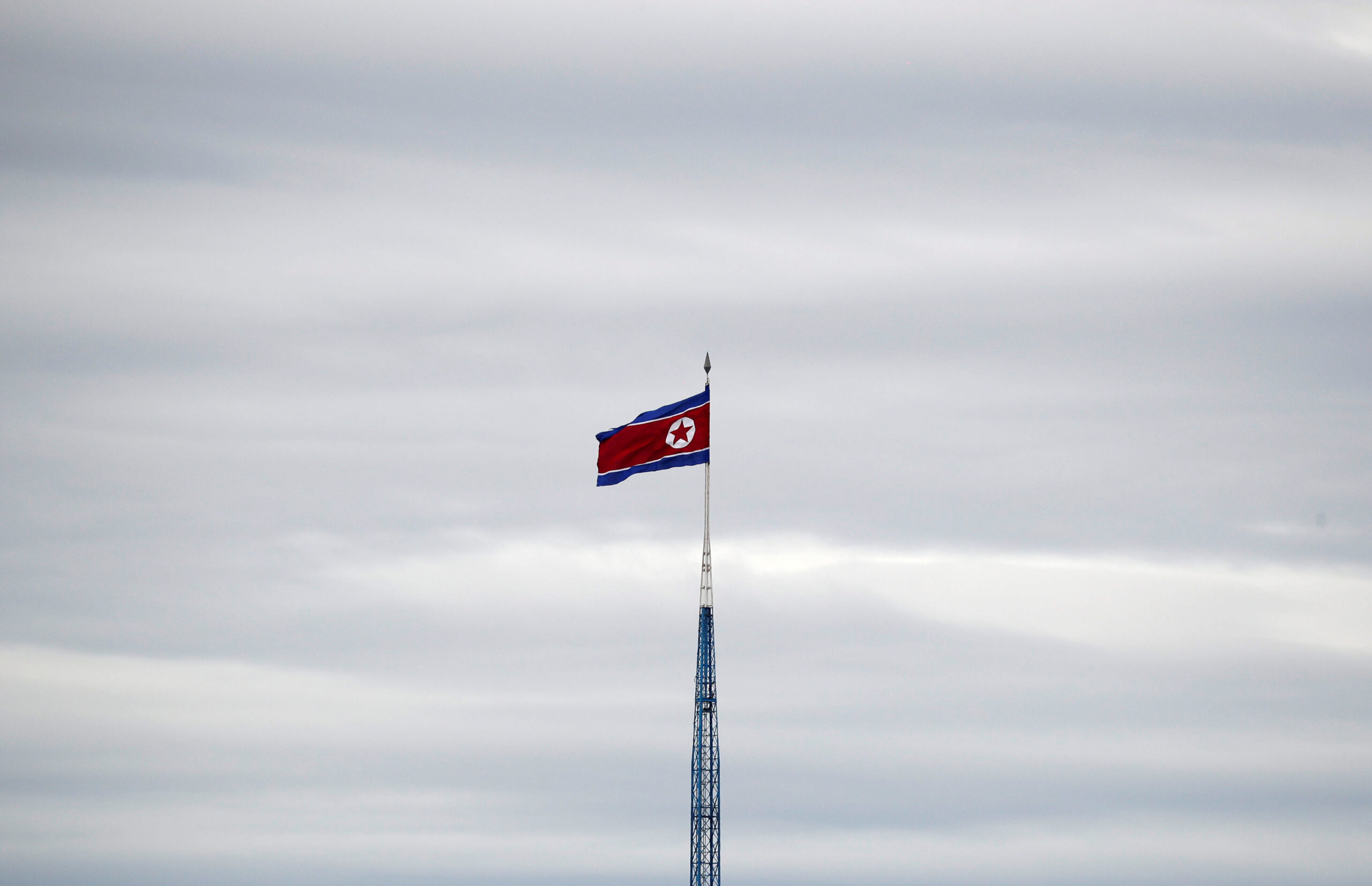 A North Korean flag flutters on top of a 160-metre tower in North Korea's propaganda village of Gijungdong, in this picture taken from the Tae Sung freedom village near the Military Demarcation Line (MDL), inside the demilitarised zone separating the two Koreas, in Paju, South Korea, April 24, 2018. REUTERS/Kim Hong-Ji/File Photo

North Korea fired a ballistic missile toward the sea off its east coast on Wednesday, South Korea and Japan said, about a week after Pyongyang vowed to develop its nuclear forces “at the fastest possible speed”.

The launch, which marks the North’s 14th known weapons test this year, comes days before South Korea’s newly elected President Yoon Suk-yeol takes office on May 10. Its last test was on April 16 and involved a new tactical guided weapon aimed at boosting the country’s nuclear capabilities.

South Korea’s Joint Chiefs of Staff (JCS) said it had detected the launch about noon in Sunan area of Pyongyang, where an international airport is located and from which North Korea said it fired its largest intercontinental ballistic missile (ICBM), the Hwasong-17, on March 24. read more

“A recent series of North Korea’s ballistic missile launches poses a grave threat to peace and stability of not only the Korean peninsula but also the international community,” the JCS said in a statement, urging the North to immediately stop such actions.

Japan’s Coast Guard also reported a suspected ballistic missile launchby North Korea. Tokyo’s deputy defence minister Makoto Oniki put the missile’s range at 500km (311 miles) and its maximum altitude at 800km (497 miles). He said the ministry was still analysing the data to determine what type of missile it was.

“North Korea’s recent action, including frequent missile launches, cannot be tolerated, as it poses a threat to security and safety of the region and international community,” Japanese Prime Minister Fumio Kishida told reporters, adding that his country had logged a protest against North Korea.

Officials and experts say it is too early to determine whether the latest test involved an ICBM.

“It might be an ICBM or something with a shorter range,” Lee Jong-sup, the incoming president Yoon’s nominee for defence minister, said at his confirmation hearing on Wednesday.

The latest launch came as Yoon is mapping out his foreign policy agenda after signalling a tough line against Pyongyang.

Lee, a retired military commander who served as deputy JCS chairman, told the hearing that he would beef up South Korea’s deterrent capability to “sternly” respond to the North’s nuclear and missile threats.

Pyongyang has recently stepped up weapons tests, resuming long-range missile launches for first time since 2017 in March. Officials in Seoul and Washington say it may also be preparing for a new round of nuclear tests.