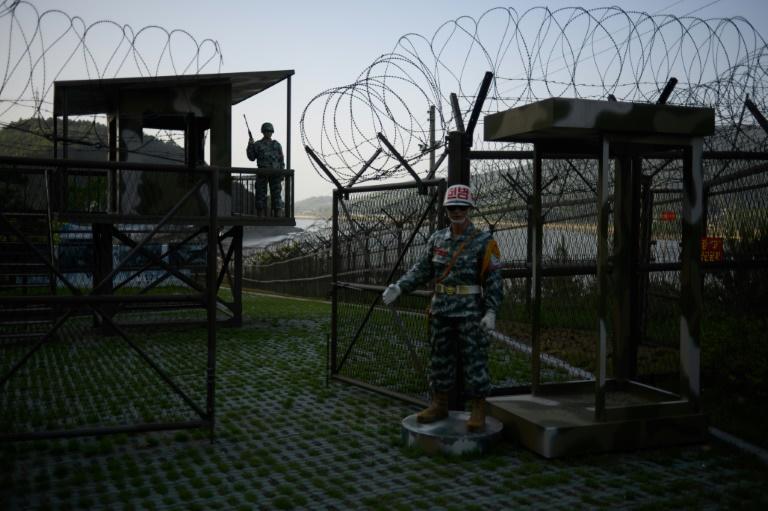 North Korean troops fired multiple gunshots towards the South in the DMZ dividing the peninsula on Sunday, prompting South Korean forces to fire back, Seoul said.

The rare exchange of gunfire comes a day after North Korean state media reported that leader Kim Jong Un had made his first public appearance in nearly three weeks following an absence that triggered intense speculation about his health and fears about the stability of the isolated nation.

A South Korean guard post was hit by several shots from the North, the joint chiefs of staff (JCS) in Seoul said in a statement, adding no casualties were reported in the South.

“Our military responded with two rounds of gunfire and a warning announcement,” the JCS said.

The South Korean military later said the North Korean gunshots were “not deemed intentional”, according to the Yonhap news agency.

The two neighbours remain technically at war, after fighting in the Korean War was halted with an armistice in 1953.

Despite its name, the demilitarized zone is one of the most fortified places on earth, replete with minefields and barbed-wire fences.

The last time the two sides exchanged fire on the border was in 2014, with North Korean soldiers also shooting at a defector in 2017 but the South did not fire back.

Easing military tensions on their border was one of the agreements reached between Kim and South Korean President Moon Jae-in at a summit in Pyongyang in September 2018.

But most of the deals have not been acted on by North Korea, with Pyongyang largely cutting off contact with Seoul.

North Korea’s discussions with the United States over Pyongyang’s nuclear arsenal are also at a standstill, despite three meetings between Kim and US President Donald Trump.

The uncertainty around the process would have increased had Kim been incapacitated or dead as rumoured in recent weeks.

Speculation about Kim’s health has been swirling since his conspicuous no-show at April 15 celebrations for the birthday of his grandfather, the North’s founder — the most important day in the country’s political calendar.

His absence triggered a series of unconfirmed reports over his condition, while the United States and South Korea insisted they had no information to believe any of the conjecture was true.

However, North Korean state television on Friday showed Kim walking, smiling broadly and smoking a cigarette at what it said was the opening of a fertiliser factory.

A senior South Korean presidential official on Sunday brushed off rumours that Kim had undergone surgery during his absence, saying they had enough grounds to believe he had not.

“I, for one, am glad to see he is back, and well!” the president tweeted.

Before Kim’s reappearance, US Secretary of State Mike Pompeo said last month that he remained hopeful a nuclear deal could be clinched with North Korea.

“Regardless of what transpires inside of North Korea with respect to their leadership, our mission remains the same — to deliver on that commitment that Chairman Kim made with President Trump… (the) verified denuclearisation of North Korea,” Pompeo told reporters.

“We are still hopeful that we’ll find a path to negotiate that solution to get the outcome that is good for the American people, good for the North Korean people and for the whole world.”