No handshake for Merkel as Germany coronavirus cases reach 150

The Times of Earth, International Edition
0
663 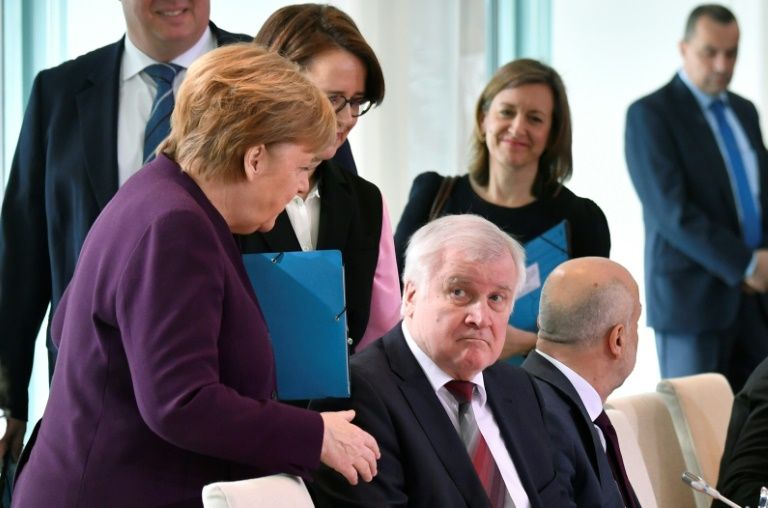 Germany’s interior minister rebuffed Chancellor Angela Merkel’s attempt to shake hands with him on Monday as the number of novel coronavirus cases in the country rose to 150 with Berlin reporting its first infection.

When Merkel reached out to greet Horst Seehofer at a meeting on migration in Berlin, he smiled and kept both his hands to himself.

They both laughed and Merkel then threw her hand up in the air before taking a seat.

Health experts have recommended avoiding handshakes as a way of preventing the spread of the novel coronavirus.-

There are now 150 confirmed cases in Germany, Lothar Weiler of the Robert Koch Institute disease control agency said on Monday — up from 129 the previous day.

The alert level has been raised from “low to moderate” to “moderate,” Weiler said, with authorities saying there was no need for drastic measures such as border closures to stem the contagion.

The virus has now spread to 10 of Germany’s 16 states, with more than half the confirmed cases in North Rhine-Westphalia.

Germany’s most populous state emerged as a hotspot after an infected couple attended carnival celebrations there, infecting dozens of people.

Amid growing fears over contagion, disinfectants, hand sanitisers and other protective products have sold out in many German shops.

In Lower Saxony, 1,200 protective face masks were stolen from a hospital in the town of Sulingen near Bremen, news agency DPA reported on Monday, citing local police.

The hospital reported the theft after a stock check revealed that the masks were missing from a storage room.

They were probably stolen on Wednesday or Thursday last week, police said.

Germany has cancelled several major gatherings in a bid to curb the spread of the virus, including this week’s ITB travel trade fair in Berlin.

Health Minister Jens Spahn stressed on Monday that it was too early to say whether further public events would be cancelled.