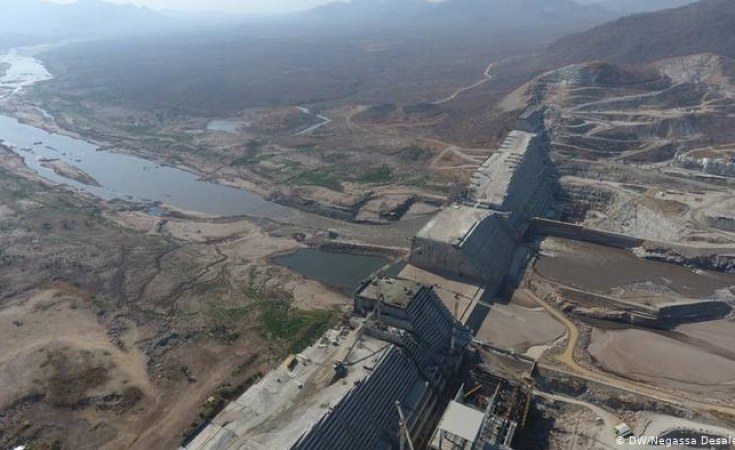 Ethiopia on Tuesday accused Egypt and Sudan of obstructing talks on its contested dam on the Nile, which ended with recriminations and little progress.

The Democratic Republic of Congo’s President Felix Tshisekedi, as the current chair of the African Union, hosted the talks in the latest bid to ease decade-long tensions over the waters of the world’s longest river.

Ethiopia’s construction of the Grand Ethiopian Renaissance Dam (GERD), set to be Africa’s largest hydroelectric project, is seen by both downstream countries as a threat to their own water supply.

Ethiopia’s foreign ministry, in a statement posted on Twitter, said the meeting failed “due to Egypt and Sudan’s rigid stance to make the negotiation and the outcome a tool to affirm their self-claimed water share and foreclose Ethiopia’s share.”

Ethiopia said talks centred on the role of observers to the mediation — South Africa, the United States and the European Union. Egypt and Sudan want them to have the same role as the AU, which Ethiopia said it does not accept.

“The two countries followed an approach which seeks to undermine the AU-led process,” said the statement, adding that Egypt and Sudan had sought to stall and “obstruct the process” by rejecting the draft communique.

The final text, read by DRC foreign minister Marie Tumba Nzeza, simply noted that the meeting had taken place, listed its participants and thanked Tshisekedi for his work.

Ethiopia said it would continue with the second stage of filling the dam’s reservoir as scheduled during the upcoming rainy season. The country announced last July it had met its first year filling target, infuriating Egypt and Sudan.

“We hope that President Tshisekedi’s judgement will be able to end… these interminable and insufficient negotiations in which the Ethiopian side places everyone before a fait accompli, in a way that clearly violates international law and the principles of good neighbourliness,” she said.

Ethiopia says power produced by the GERD will be vital to meet the development needs of its 110 million people.

But the two countries downstream fear their lifeline could be threatened.

“We are talking about taking into account all 250 million souls who live in the three countries and their interests,” said al-Mahdi.

The head of a team of DRC experts, David Tshishiku, insisted that the Kinshasa talks were simply the beginning of Tshisekedi’s efforts to mediate the tricky dispute.

The negotiations were “the first step, on which President Tshisekedi will set out alternatives and working approaches,” he told reporters.

Al-Mahdi warned that “without a new programme (for discussions), Ethiopia has an open road to place the people of the region and the entire African continent in danger”.

The US ambassador in Kinshasa, Mike Hammer, met during the night on Monday for three hours with the delegation chiefs of the three countries in a bid to push matters forward.

Egypt has said the Kinshasa talks are the last chance to reach an agreement, after President Abdel Fattah al-Sisi said last week that the region faces “unimaginable stability” over the project.

“Nobody will be permitted to take a single drop of Egypt’s water,” he said.

Egypt, which depends on the Nile for about 97 percent of its irrigation and drinking water, sees the dam as an existential threat.

Sudan, also downstream, fears its own dams will be compromised if Ethiopia proceeds with filling the GERD before a deal is reached.

Ethiopia said in its statement that it expected the meeting to resume around the third week of April.