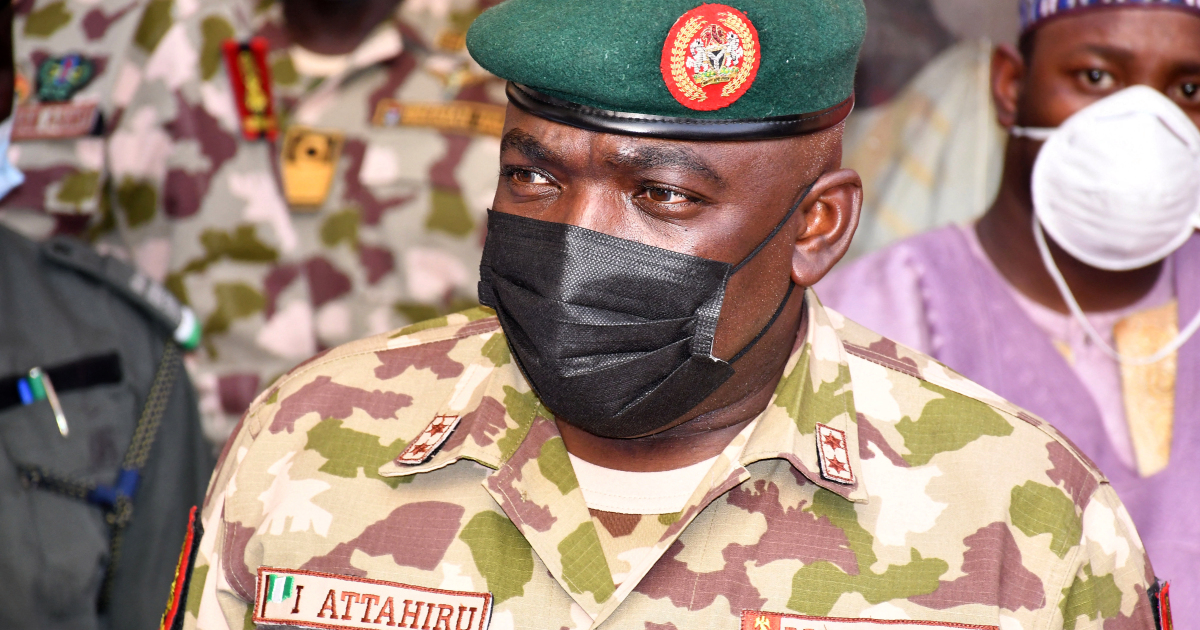 Nigeria’s top-ranking army commander Lieutenant General Ibrahim Attahiru and other officers were killed on Friday when their plane crashed in bad weather in the country’s north, officials said.

Chief of Army Staff Attahiru was only appointed by President Muhammadu Buhari in January as part of a shakeup of the top military command to better fight surging violence and a more than decade-long jihadist insurgency.

Attahiru died as news also emerged that Nigeria’s Boko Haram jihadist leader Abubakar Shekau had himself been seriously wounded or possibly killed after clashes with a rival Islamic State-allied faction.

President Buhari, a former general first elected in 2015, has been under increasing pressure from allies and critics alike over his government’s handling of mounting security problems in Africa’s most populous country.

In a statement, Buhari said the crash “was one mortal blow to our underbelly, at a time our armed forces are poised to end the security challenges facing the country”.

The army spokesman said on Twitter that ten other officers including the plane’s crew also died in the crash in north Kaduna state.

The incident occurred as the plane was landing at the Kaduna International Airport “due to inclement weather,” the armed forces said in a statement.

Nigeria’s military has been battling an Islamist insurgency in the northeast since 2009, a conflict that has killed more than 40,000 and displaced around two million more.

Attahiru had once been in charge of leading the frontline offensive against Boko Haram’s commander Shekau in the northeast in 2017.

Local intelligence sources said Shekau had been seriously wounded this week when IS-allied rival jihadists attacked his stronghold in the Sambisa forest in the northeastern state of Borno.

Sources said Shekau was wounded when he shot himself to try to evade capture after militants from the Islamic State in West Africa Province (ISWAP) surrounded him following a series of battles between the rival groups.

Nigeria news outlets have been filled with unconfirmed reports about the death of the man who made international headlines in 2014 when his fighters kidnapped nearly 300 schoolgirls from the remote town of Chibok.

One intelligence source said on Friday Shekau had already died from his wounds in Nainawa village on Thursday, though that was not confirmed by authorities.

“He was buried in the night in an unmarked grave to avoid exhumation by either the Nigerian military or rival jihadists,” the local intelligence source said.

The Boko Haram leader has been reported killed several times since the conflict began, only to reappear later.

Nigeria’s army has said it was still investigating the reports and neither ISWAP or Boko Haram have issued any statements about the Sambisa attack or Shekau’s whereabouts.

But analysts said his loss would be a huge blow to his Boko Haram faction and potentially allow ISWAP to consolidate its territorial control in Nigeria’s northeast.

ISWAP has emerged as the dominant force in Nigeria’s conflict, showing a sustained ability to carry out complex attacks on the military and recently overrunning several army bases.