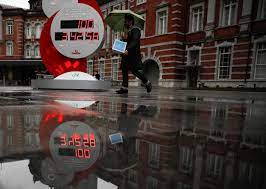 Middle distance runner Nick Willis will become the first male New Zealander to compete on the track at five Olympics after being named in the country’s athletics team for the Tokyo Games on Friday.

He is joined in the 15-member squad by shot putter Valerie Adams, who will join former sailing gold medallist Barbara Kendall as the only two New Zealand women to compete at five Olympics.

“This will be my fifth Games, but my first Olympics as a mother, and I really just want to get out there and make my children, Kimoana and Kepaleli, and my nation proud,” 36-year-old Adams, who took silver at Rio after winning back-to-back golds at London and Beijing, said in a statement.

Men’s shot putter Tom Walsh will also head to Tokyo after clinching the bronze at Rio.

Athletics is one of the country’s most successful Olympic sports, with the team claiming four medals at Rio.

“This is a really exciting team and one which we have high hopes for in Tokyo,” said New Zealand Olympic Committee President Mike Stanley.

Tokyo Olympics must be ‘reconsidered’ due to Japan’s failure to contain pandemic ...