The Times of Earth, International Edition
0
656 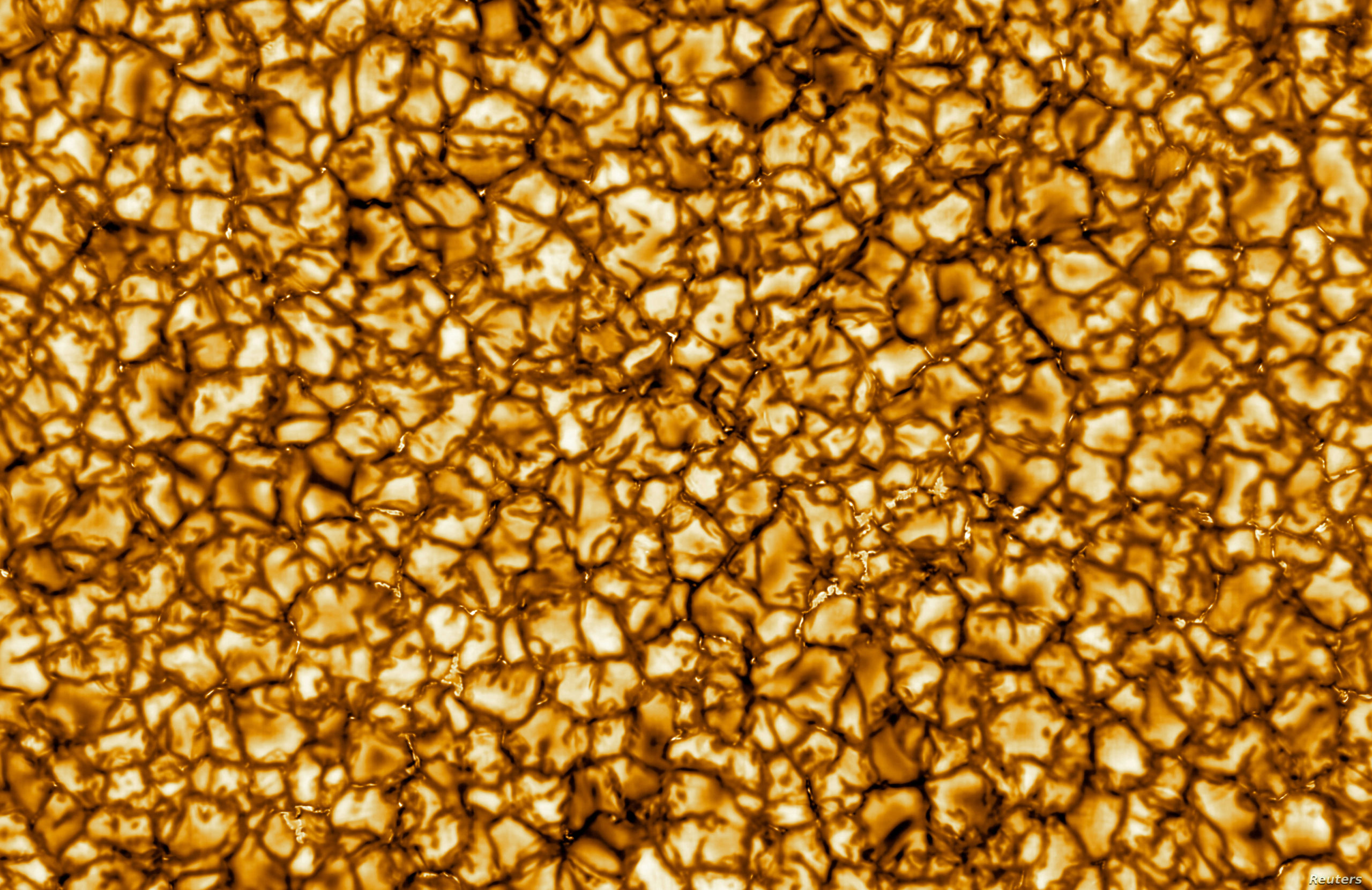 An image shows the Sun's surface at the highest resolution ever taken, shot by the Daniel K. Inouye Solar Telescope (DKIST), the world's largest solar telescope, on the island of Maui, Hawaii, U.S., January 29, 2020, in this image obtained January 30, 2020. NSO/NSF/AURA/Handout via REUTERS THIS IMAGE HAS BEEN SUPPLIED BY A THIRD PARTY. MANDATORY CREDIT. TPX IMAGES OF THE DAY - RC2DQE9DF3LR

Images from a powerful new telescope installed on top of a volcano in Hawaii show the surface of the sun in the closest detail yet, revealing features as small as 30km (18 miles) across.

They were captured by the National Science Foundation’s (NSF) Daniel K. Inouye Solar Telescope, which sits at around 10,000 feet (3,000 metres) above sea level near the summit of Haleakala volcano in Maui, Hawaii.

The telescope, which features the world’s largest solar 4-meter (13 feet) mirror, could enable a greater understanding of the sun and its impact on our planet, according to the National Solar Observatory, a public research institute headquartered in Boulder, Colorado.

A pattern of turbulent, “boiling” gas is shown covering the sun, which is some 93 million miles from Earth.-

Inside visible cell-like structures, each around the size of the U.S. state of Texas, hot plasma can be seen rising before cooling off and sinking below the surface in dark lanes, as part of a process called convection.

Markers of magnetic fields are also visible with new clarity, the NSO said.

Britain hails new start as it says farewell to EU