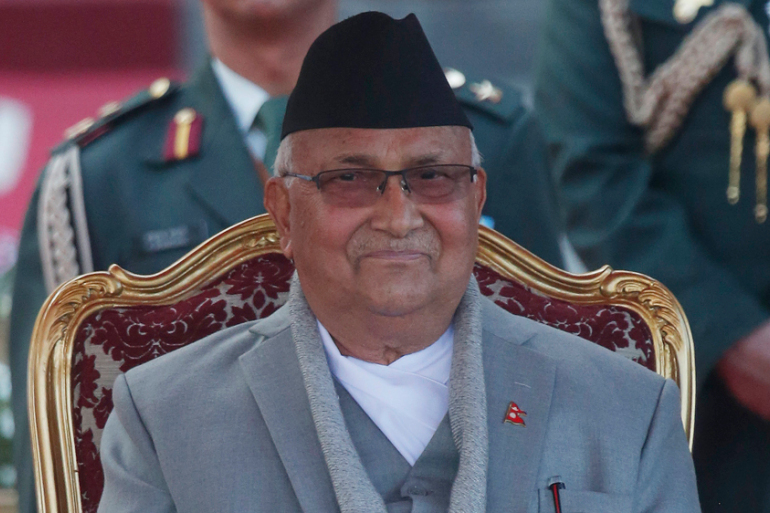 Nepal’s parliament was dissolved for the second time in five months Saturday and new elections called for November as the Himalayan country battled political turmoil alongside the coronavirus pandemic.

President Bidhya Devi Bhandari made the order after declaring that neither Prime Minister KP Sharma Oli nor Sher Bahadur Deuba, leader of the opposition Nepali Congress, had a majority to form a new government.

Political rivalries between the communist prime minister and his former Maoist allies hit a new peak as the country battles a severe coronavirus wave with acute shortages of oxygen and vaccines.

Authorities have been reporting about 200 deaths a day, but experts say there are a lot more and the United Nations has launched an emergency Covid-19 appeal saying that Nepal is at “breaking point”.

Bhandari dissolved parliament in the early hours of Saturday after a new breakdown in talks.

“The president… has dissolved the current House of Representatives and fixed the first phase of general elections on November 12 and the second phase on November 19,” his office said in a statement.

Oli was reappointed the prime minister only last week as no leader could muster a majority after the veteran communist lost a vote of confidence.

The 69-year-old had a month to win a new vote of confidence in parliament but the president called on other parties to try to form a government as Oli struggled to win support.

Bhandari, who hails from the ruling party and is considered close to Oli, has been criticised for agreeing so quickly to Oli’s recommendation for a new election.

Chandrakanta Gyawali, a constitutional expert, said the president has “derailed from the spirit of the constitution” by giving in to Oli so easily.

“This decision could be challenged in the court again. The prime minister has repeatedly attacked the constitution,” Gyawali said.

In December, Oli dismissed the legislature and called elections, accusing members of his Nepal Communist Party of blocking his moves.

Oli became prime minister in 2018 and secured a two-thirds majority of parliament through a merger between his party, the CPN-UML, and a former rebel party, CPN (Maoist Centre).

Maoist leader Pushpa Kamal Dahal has turned against Oli again however, setting off the hostilities.