NATO warns of long Ukraine war as battles grind on 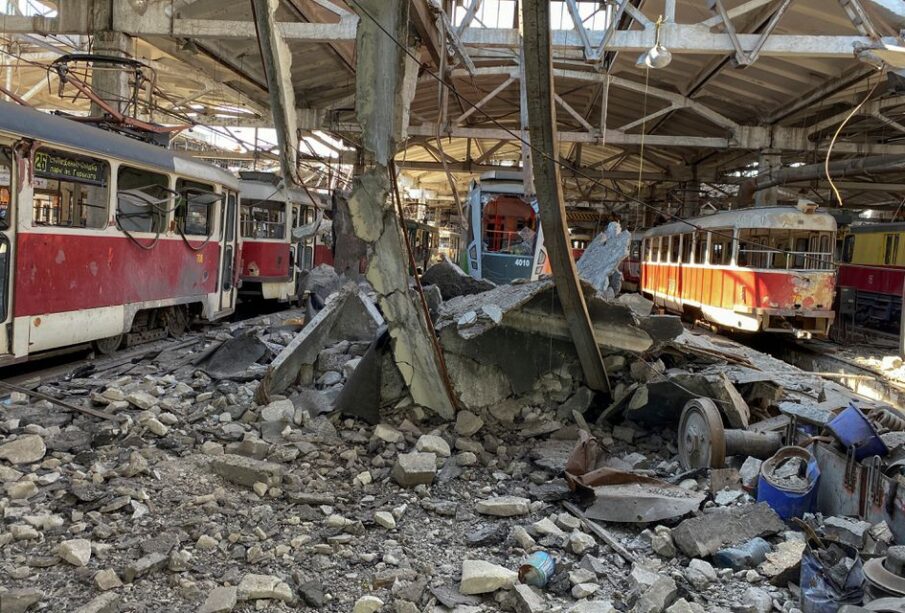 The war in Ukraine could last for years, the head of NATO said on Sunday, calling for steadfast support from Ukraine’s allies as Russian forces battle for territory in the country’s east.

After failing to take the capital Kyiv early on in the war, Russian forces have focused efforts in recent weeks on trying to take complete control of the Donbas, parts of which were already under the control of Russian-backed separatists before the Feb. 24 invasion.

“We must prepare for the fact that it could take years. We must not let up in supporting Ukraine,” Stoltenberg was quoted as saying.

“Even if the costs are high, not only for military support, also because of rising energy and food prices.”

British Prime Minister Boris Johnson, who visited Kyiv on Friday with an offer of training for Ukrainian forces, also said on Saturday it is important Britain provide support for the long haul, warning of a risk of “Ukraine fatigue” as the war drags on.

“Everything will depend on whether Ukraine can strengthen its ability to defend its soil faster than Russia can renew its capacity to attack,” he wrote.

Ukrainian President Volodymyr Zelenskiy said he had visited troops in several places, including the southern Mykolaiv region, about 550 km (340 miles) south of Kyiv.

“I talked to our defenders – the military, the police, the National Guard,” he said in a video on the Telegram message app on Sunday that appeared to have been recorded on a moving train.

“Their mood is assured: they all do not doubt our victory,” Zelenskiy said. “We will not give the south to anyone, and all that is ours we will take back.”

The eastern industrial city of Sievierodonetsk, a prime target in Moscow’s offensive to seize full control of Luhansk – one of the two provinces making up the Donbas – faced heavy artillery and rocket fire again, the Ukrainian military said.

Analysts at the Institute for the Study of War, a Washington-based think tank, wrote in a note that “Russian forces will likely be able to seize Sievierodonetsk in the coming weeks, but at the cost of concentrating most of their available forces in this small area”.

Serhiy Gaidai, the governor of Luhansk, told Ukrainian television: “All Russian claims that they control the town are a lie. They control the main part of the town, but not the whole town.”

In the twin city of Lysychansk across the river, residential buildings and private houses had been destroyed, Gaidai said on the Telegram messaging app, adding, “People are dying on the streets and in bomb shelters.”

Ukraine’s military said “the enemy has partial success in the village of Metolkine,” just southeast of Sievierodonetsk.

Russian forces trying to approach Kharkiv, northwest of Luhansk, aimed to turn it into a “frontline city”, a Ukrainian interior ministry official said.

A fuel storage depot in Novomoskovsk, northeast of Dnipro, exploded on Sunday, killing one person and injuring two, after it had been hit by three Russian missiles, the regional administration chief said in an online message.

Reuters could not independently confirm the battlefield accounts.

Russia has said it launched what it calls a “special military operation” to disarm its neighbour and protect Russian speakers there from dangerous nationalists. Kyiv and its allies dismissed that as a baseless pretext for a war of aggression.

Ukraine received a significant boost on Friday when the European Commission recommended it for candidate status, a decision EU nations are expected to endorse at a summit this week. Actual membership could take years.