The Times of Earth, International Edition
0
545 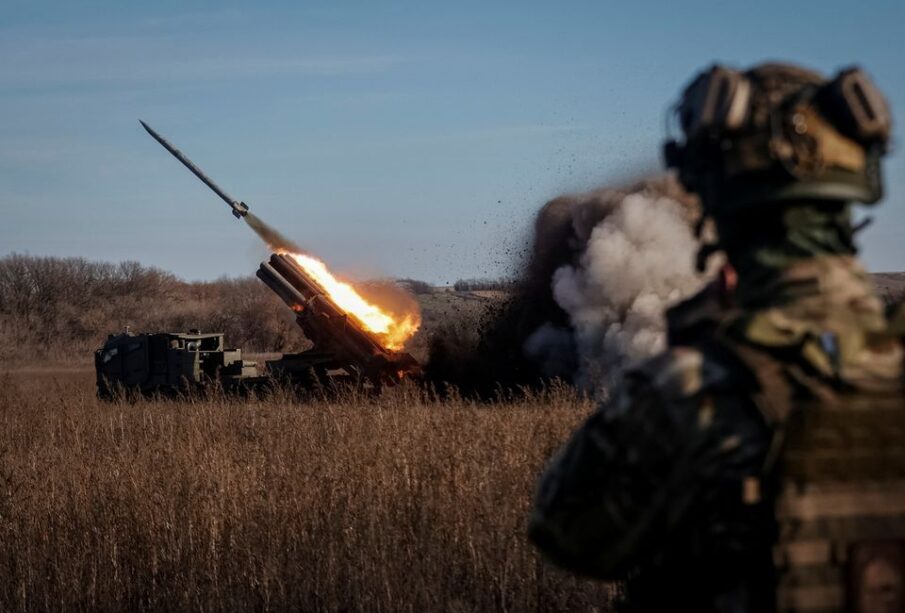 Russia said its forces in eastern Ukraine had edged forward, Kyiv said Moscow was “planning something” in the south and NATO sought on Wednesday to shore up other countries that fear destabilisation from Moscow.

Ukraine’s General Staff said earlier that its troops had repelled six Russian attacks in 24 hours in the eastern Donbas region, while Russian artillery had relentlessly shelled across the Dnipro River, including at Kherson city, in the south.

Kyrylo Tymoshenko, deputy head of Ukraine’s presidential administration, said electricity had been restored to 65% of consumers in Kherson. Russians have been shelling the southern city since they withdrew earlier this month.

Winter weather has hampered fighting on the ground, and President Volodymyr Zelenskiy has told citizens to expect a major Russian barrage this week on Ukraine’s stricken electricity infrastructure, which Moscow has pounded roughly weekly since early October.

Putin has focused his “fire and ire” on Ukraine’s civilians by bombing more than a third of its energy system supplying power and water, but the strategy will not work, Blinken said.

NATO allies offered on Wednesday to help nearby Moldova, Georgia and Bosnia, Secretary-General Jens Stoltenberg said, adding they were all under pressure from Russia.

“If there is one lesson from Ukraine it is that we need to support them now,” Stoltenberg told a news conference. Estonian Foreign Minister Urmas Reinsalu told Reuters, “The beast also wants to take control of the Western Balkans”.

Zelenskiy said Russian forces were attacking Ukrainian government-controlled areas of Donetsk and Luhansk provinces which make up the eastern Donbas, as well as Kharkiv in the northeast, where Ukraine pushed them back in September.

“The situation at the front is difficult,” the president said in his Tuesday night video address.

“Despite extremely large losses, the occupiers are still trying to advance” in the east and “they are planning something in the south,” he said, without elaborating.

A teenager was killed when Russia shelled a hospital in the northern Sumy region and another person was killed and one wounded in Russia’s Kherson shelling, other officials said.

NATO ministers meeting for two days in Bucharest pledged both to help Ukrainians cope with what Stoltenberg said was Moscow using winter weather as “a weapon of war” and to help sustain Kyiv’s military campaign.

Russian Foreign Ministry spokeswoman Maria Zakharova said the outcome showed NATO was “absolutely not interested in a political and diplomatic solution in Ukraine”.

Washington pledged $53 million to buy power grid equipment, and U.S. President Joe Biden said providing more military assistance is a priority. Republicans, who take control of Congress’ House of Representatives in January, have talked about pausing the funding, which has exceeded $18 billion.

In Kyiv, snow fell and temperatures were expected to remain below freezing as millions in and around the capital struggled to heat their homes after attacks on infrastructure that Kyiv and its allies say are aimed at harming civilians, a war crime.

Workers have raced to repair the damage even as they anticipate more. Electricity supplies crept back up towards three-quarters of needs, national grid operator Ukrenergo said, a full week after the worst Russian barrage so far.

In a grim sign of the energy crisis, nine people have been killed in fires over the past 24 hours as Ukrainians resorted to emergency generators, candles and gas cylinders in violation of safety rules to try to heat their homes after power outages, according to the state emergency service.

Russia, which has declared large parts of eastern and southern Ukraine annexed, says Ukrainians can end their suffering by accepting demands it has not spelled out. Ukraine says it will fight until Russia withdraws completely.

“The war will end when we win, or when Russia wants it,” Zelenskiy said in a video interview on Wednesday with the New York Times. “The Russian Federation may only want that when it feels that it is weak, isolated and has no partners.”

The European Union said it aims to use proceeds from investing Russian assets it has frozen to help compensate Ukraine for the damage Moscow has inflicted, and proposed the establishment of a court to try “Russia’s crime of aggression”.

Kyiv welcomed the moves, saying Moscow had no legitimate goals in its invasion of Ukraine, which started in late February and has displaced millions, killed thousands of civilians and left cities, towns and villages in ruins.

Russia says the freezing of assets is theft, and denies that the invasion, which it calls a “special military operation” to disarm its neighbour, constitutes the war crime of aggression.