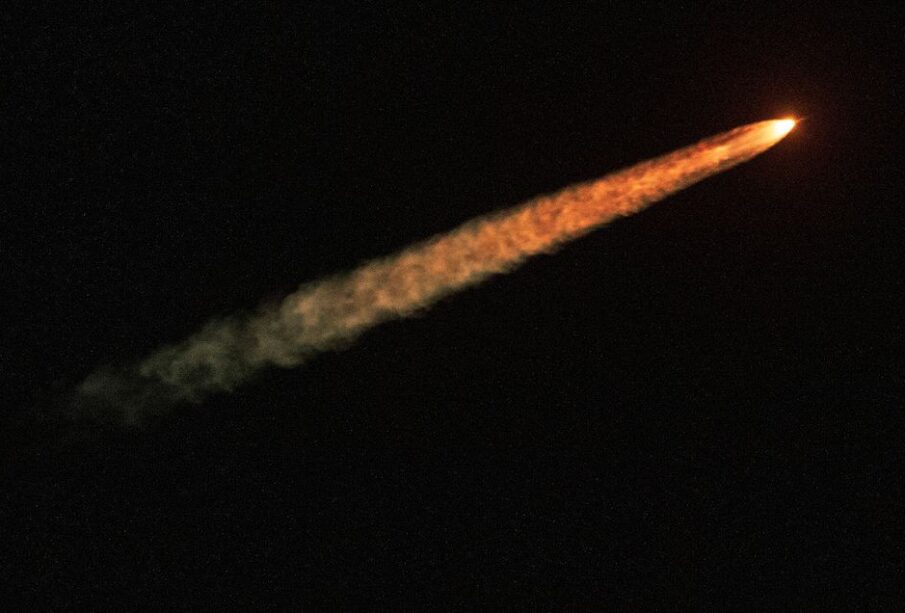 NASA’s uncrewed Orion capsule hurtled through space on Sunday on the final return leg of its voyage around the moon and back, winding up the inaugural mission of the Artemis lunar program 50 years to the day after Apollo’s final moon landing.

The gumdrop-shaped Orion capsule, carrying a simulated crew of three mannequins wired with sensors, was due to parachute into the Pacific at 9:39 a.m. PST (1739 GMT) near Guadalupe Island, off Mexico’s Baja California peninsula.

Orion was nearing the end of its 25-day mission less than a week after passing about 79 miles (127 km) above the moon in a lunar fly-by and about two weeks after reaching its farthest point in space, nearly 270,000 miles (434,500 km) from Earth.

After jettisoning the service module housing its main rocket system, the capsule was expected to re-enter Earth’s atmosphere at 24,500 miles per hour (39,400 kph) – more than 30 times the speed of sound – for a fiery, 20-minute plunge to the ocean.

Orion blasted off on Nov. 16 from the Kennedy Space Center at Cape Canaveral, Florida, atop NASA’s towering next-generation Space Launch System (SLS), now the world’s most powerful rocket and the biggest NASA has built since the Saturn V of the Apollo era.

The debut SLS-Orion voyage kicked off Apollo’s successor program, Artemis, aimed at returning astronauts to the lunar surface this decade and establishing a sustainable base there as a stepping stone to future human exploration of Mars.

By coincidence, the return to Earth of Artemis I unfolded on the 50th anniversary of the Apollo 17 moon landing of Gene Cernan and Harrison Schmitt on Dec. 11, 1972. They were the last of 12 NASA astronauts to walk on the moon during a total of six Apollo missions starting in 1969.

HITTING A PENNY WITH A FOOTBALL

“It is our priority-one objective,” NASA’s Artemis I mission manager Mike Sarafin said at a briefing last week. “There is no arc-jet or aerothermal facility here on Earth capable of replicating hypersonic re-entry with a heat shield of this size.”

It will also test the advanced guidance and thruster systems used to steer the capsule from the moon to its proper re-entry point and through descent, maintaining the spacecraft at just the right angle to avoid burning up.

An internal navigation and control system commands 12 on-board thrusters, fixed in recessed positions along the base of the capsule, to fire bursts of propellant as needed to keep the capsule oriented correctly and on course, he said.

The heat, speed and forces exerted on Orion on its return from the moon will exceed those endured by spacecraft making more routine descents from the International Space Station (ISS) or other flights from low-Earth orbit.

In yet another new twist, Orion is programmed to employ a novel “skip entry” descent in which the capsule briefly dips into the top of the atmosphere, flies back out and re-enters – a braking maneuver that also provides more control in steering the vehicle closer to its intended splashdown target.

NASA officials have stressed the experimental nature of the Artemis I mission, marking the first launch of the Boeing Co -built SLS and the first combined with Orion, which previously flew a brief two-orbit test launched on a smaller Delta IV rocket in 2014.

Though the capsule encountered some unexpected communication blackouts and an electrical issue during its voyage around the moon, NASA has given high marks to the performance of both SLS and Orion so far, boasting that they exceeded the U.S. space agency’s expectations.

If Artemis I is deemed a success, a crewed Artemis II flight around the moon and back could come as early as 2024, followed within a few more years by the program’s first lunar landing of astronauts, one of them a woman, with Artemis III.

Compared with Apollo, born of the Cold War-era U.S.-Soviet space race, Artemis is more science driven and broad-based, enlisting commercial partners such as Elon Musk’s SpaceX and the space agencies of Europe, Canada, and Japan.

It also marks a major turning point for NASA, redirecting its human spaceflight program beyond low-Earth orbit after decades focused on space shuttles and the ISS.