The Times of Earth, International Edition
0
791 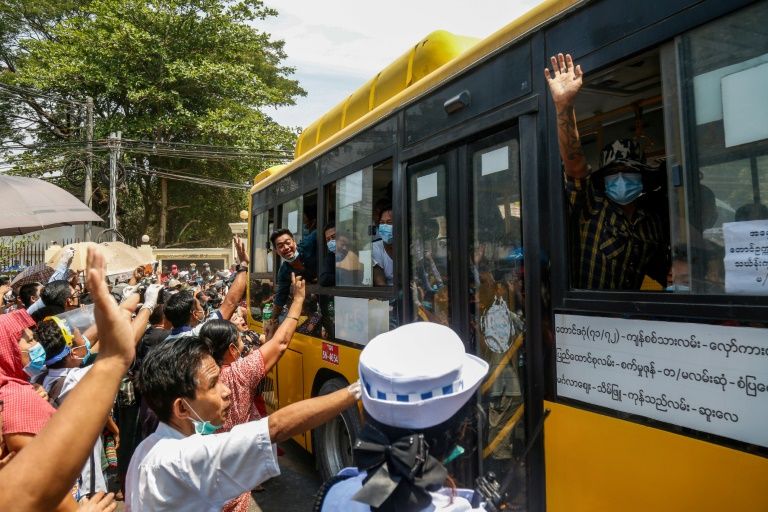 More than a quarter of Myanmar’s prison population is being released, the president’s office announced Friday, after calls grew to ease pressure on overcrowded jails with coronavirus fears gripping the country.

The Southeast Asian nation grants an annual amnesty to thousands of prisoners to mark its April New Year holiday, but this is the largest recorded in recent years.

It comes as governments around the world — including the US, parts of Europe, and Colombia — grapple with overcrowded prisons as fears spiral of virus outbreaks behind bars.

“To mark Myanmar New Year, by respecting humanitarian ground and peace in mind of the people, the president pardons altogether 24,896 prisoners from various prisons,” a statement Friday from the president’s office said.

As news of the amnesty spread, crowds defied a new ban on gatherings of five or more people to assemble outside Yangon’s notorious Insein prison, hoping to see their family members freed.

As buses brought the newly-released through the prison gates, cheers erupted with people waving flowers and reaching to grasp the hands of relatives leaning out of the bus windows.

Wearing a mask, Ei Nge told AFP she came to the prison as soon as she heard about the amnesty.

“I’m not even thinking about coronavirus. I just really want to see my son.”

So far Myanmar has officially confirmed 85 cases of COVID-19, including four deaths, but experts fear the real number is many times higher because of the low numbers being tested.

The country is under a nationwide lockdown and there had been growing pressure to release inmates from what Human Rights Watch (HRW) branded “horribly overcrowded and unsanitary” jails.

The president’s office said 87 foreigners included in the amnesty would be deported.

By Friday afternoon the Assistance Association for Political Prisoners said it only had confirmation of the release of 12 of 76 prisoners of conscience, but the group was holding out hope for the others.

Before the amnesty, there were nearly 100,000 inmates across the country’s prisons which had space for just 62,000, according to HRW.

Last year’s amnesty included the high-profile cases of two Reuters journalists, Wa Lone and Kyaw Soe Oo, who spent more than 500 days behind bars over their reporting on the 2017 Rohingya crisis.