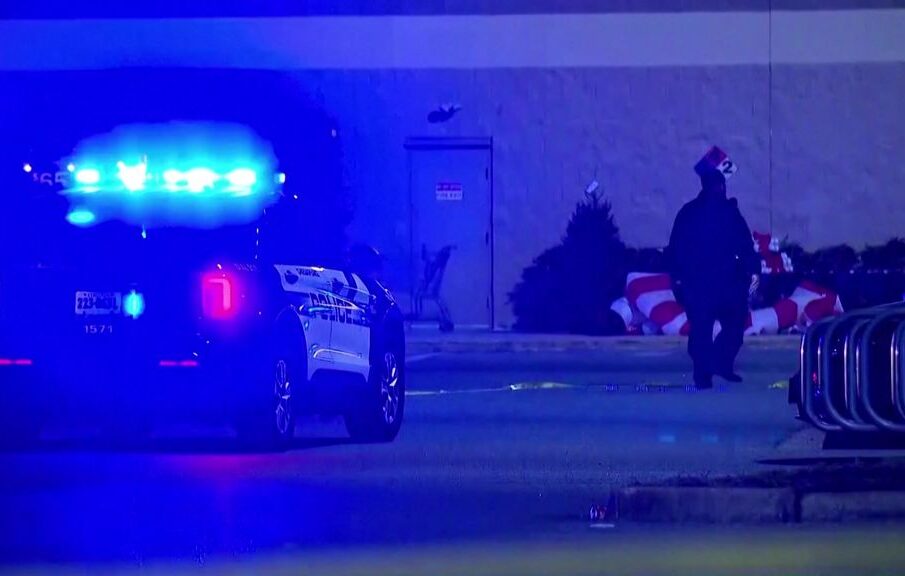 Police were called to a reported shooting shortly after 10pm local time.

Several people were killed and injured in a shooting at a Walmart in Chesapeake, Virginia, on Tuesday night, including the shooter, police said, just days after a gunman killed at least five people and injured 25 at a Colorado LGBTQ nightclub.

It was not clear whether the shooter died of self-inflicted injuries, public information officer Leo Kosinski said in a media briefing. The police have so far not provided any details about the shooter, but several media outlets have identified him as a manager at the store.

At 10:12 p.m., police responded to a report of a shooting inside a Walmart, Kosinski said, adding that “less than 10” people were dead but declining to give the exact number.

Kosinski also said no shots were fired at police “to his knowledge”.

“We’re only a few hours into the response, so we don’t have all the answers yet,” the City of Chesapeake said. “We do know there are multiple fatalities plus injuries and the shooter is confirmed dead.”

Walmart said in a statement early Wednesday that it was “shocked” at the shootings at its Chesapeake store, and that it was working closely with law enforcement.

A spokesperson for Sentara Norfolk General Hospital, which has the area’s top trauma center, told television station WAVY that five patients were being treated there.

“Sickened by reports of yet another mass shooting, this time at a Walmart in Chesapeake. I’ll be monitoring developments closely,” Virginia senator Mark Warner tweeted on Wednesday.

The police department did not immediately respond to a Reuters request for comment.

Twin blasts in Jerusalem kill one in suspected Palestinian attack