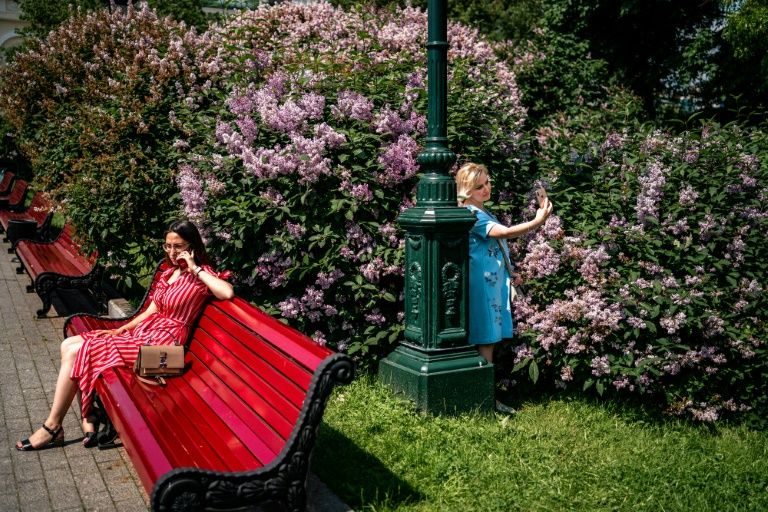 Moscow emerged from a strict coronavirus lockdown on Tuesday despite Russia seeing thousands of new cases every day, as the World Health Organization (WHO) warned the pandemic was “worsening” worldwide.

Residents of Russia’s capital flocked to parks after officials lifted restrictions in place since March 30, even though 8,595 new cases were registered countrywide on Tuesday and the death toll passed 6,000.

“It’s nice out and there are a lot of people on the streets,” said marketing manager Olga Ivanova, walking in central Moscow: “It’s a beautiful day, in every sense of the word.”

Russia has the third-highest number of confirmed infections in the world after the United States and Brazil, but officials say this is due to a huge testing campaign and point to a relatively low mortality rate.

However, critics say the death rate is being under-reported and accuse officials of rushing to lift restrictions for political reasons.

But as large parts of Europe and the United States reopen, the WHO reported a record number of new coronavirus cases globally.

Director-general Tedros Adhanom Ghebreyesus said on Monday that 136,000 cases had been reported in the previous 24 hours, “the most in a single day so far”, with the majority of them in the Americas and South Asia.

Tedros said that in countries where the situation was getting better, “the biggest threat is now complacency”.

“More than six months into this pandemic, this is not the time for any country to take its foot off the pedal,” he said.

Underlining his warning, the death toll and infection rates continue to climb sharply in India even as the government lifted some curbs on Monday after a 10-week lockdown.

Authorities in the capital, Delhi, warned that cases in the city could shoot up almost 20 times to more than 500,000 in the coming weeks.

Worldwide, COVID-19 deaths have passed 406,000, with more than seven million infections, since the disease emerged in China late last year before sweeping the globe, subjecting billions to some form of lockdown and paralysing economies.

Governments around the world are cautiously peeling back those restrictions to resuscitate their economies while trying to avoid a resurgence of infections.

Cyprus on Tuesday welcomed its first tourist flights after nearly three months on lockdown, with scheduled arrivals from Israel, Greece and Bulgaria.

Desperate to save its summer tourism season, the Mediterranean island’s government has pledged to cover the medical costs of any visitor who tests positive for the coronavirus while on holiday.

The authorities in France announced that the Eiffel Tower would emerge from its longest closure since World War II and reopen to the public on June 25.

Other countries have been more cautious.

The health minister in Spain, one of the hardest-hit countries in Europe, said that wearing face masks in public will be compulsory “until we permanently defeat the virus” with an effective treatment or vaccine.

And Britain, which is nearing 50,000 suspected and confirmed deaths, has imposed a two-week quarantine for anyone coming into the country, British nationals included.

The British government also admitted defeat in its efforts to have all primary school children back for a month before the summer holiday, saying staff shortages and strict new safety protocols made it impossible.

In Latin America, countries geared up for the worst as the outbreak escalated, with Brazil, Mexico and Peru particularly hard hit.