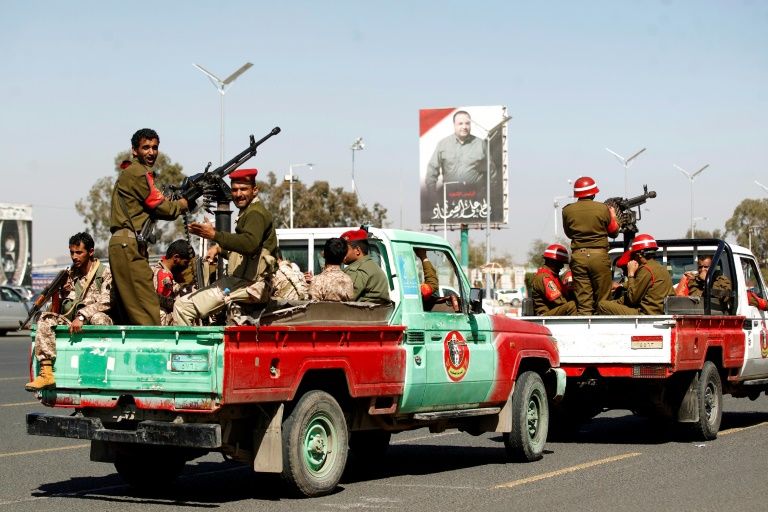 More than 80 Yemeni soldiers have been killed and scores injured in a missile and drone attack blamed on Huthi rebels in central Yemen, medical and military sources said Sunday.

Saturday’s strike follows months of relative calm in the war between the Iran-backed Huthis and Yemen’s internationally recognised government, which is backed by a Saudi-led military coalition.

The Huthis attacked a mosque in a military camp in the central province of Marib — about 170 kilometres (105 miles) east of the capital Sanaa — during evening prayers, military sources told AFP.

A medical source at a Marib city hospital, where the casualties were transported, said that 83 soldiers were killed and 148 injured in the strike.-

Death tolls in Yemen’s grinding conflict are often disputed, but the huge toll in Marib represents one of the bloodiest single attacks since the war erupted in 2014 when the rebels seized Sanaa.

The drone and missile strike came a day after coalition-backed government forces launched a large-scale operation against the Huthis in the Nihm region, north of Sanaa.

Fighting in Nihm was ongoing on Sunday, a military source said according to the official Saba news agency.

“Dozens from the (Huthi) militia were killed and injured,” the source added.

“The disgraceful actions of the Huthi militia without a doubt confirm its unwillingness to (achieve) peace, because it knows nothing but death and destruction and is a cheap Iranian tool in the region,” it quoted Hadi as saying.

The president also stressed the importance of increasing military vigilance “to foil hostile and destructive plans and maintain security and stability”.

The Huthis did not make any immediate claim of responsibility and the Saba report did not give a death toll.

The uptick in violence comes shortly after United Nations envoy Martin Griffiths welcomed a sharp reduction in air strikes and the movement of ground forces.

“We are surely, and I hope this is true and I hope it will remain so, witnessing one of the quietest periods of this conflict,” he said in a briefing to the UN Security Council on Thursday.

“Experience however tells us that military de-escalation cannot be sustained without political progress between the parties, and this has become the next challenge.”

A year after Yemen’s warring sides agreed to a UN-brokered truce for the key Red Sea port city of Hodeida and its surroundings, fighting in the province has subsided but the slow implementation of the deal has quashed hopes for an end to the conflict.

The landmark agreement signed in Sweden in December 2018 had been hailed as Yemen’s best chance so far to end the fighting that has pushed the country to the brink of famine.

Tens of thousands of people, mostly civilians, have been killed and millions displaced in the war that has ravaged the country, triggering what the UN describes as the world’s worst humanitarian crisis.

Saudi Arabia and its allies intervened in the conflict to back the government against the Huthis in March 2015, shortly after the rebels seized control of Sanaa.

A senior UN official warned Thursday that certain key factors that threatened to trigger a famine in Yemen last year were once again looming large, including a plunge in the value of the national currency.

“With a rapidly depreciating rial and disrupted salary payments, we are again seeing some of the key conditions that brought Yemen to the brink of famine a year ago,” Ramesh Rajasingham, who coordinates humanitarian aid in Yemen, told the UN Security Council.

“We must not let that happen again,” he said.