Money dries up from Senegal migrants in virus-hit Europe 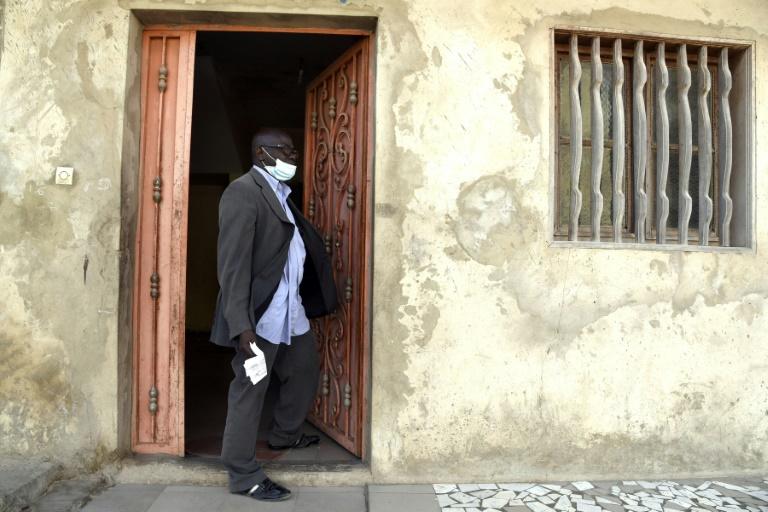 In a suburb of Senegal’s seaside capital Dakar, Tidiane Konte clutches in his hand the “last receipt” he received from his brother in Spain.

“The last time he sent us money was in February,” said the 56-year-old unemployed father, whose brother works as a farmhand in northern Spain.

Since the appearance of the novel coronavirus, remittances from Senegalese migrants in Europe have dried up, cutting off a crucial supply of cash to many struggling households.

Despite being a regional economic bright spot, the West African state is still poor.

Some 40 percent of Senegalese live on less than $1.9 (1.75 euros) a day, according to World Bank, and many rely on help from relatives abroad to break even.

Konte, for example, said he had received 422 euros from his brother in February — nearly five times Senegal’s minimum wage.

“We’re not eating meat anymore,” said Konte, describing the effect of the cut-off.

His situation is one echoed across the country of some 16 million people, and further afield, as most of Europe has had to remain at home to slow coronavirus infections.

According to the World Bank, migrant remittances are set to drop 20 percent to $445 billion this year, down from $554 billion in 2019.

In some poor countries, remittances can be equivalent to a third of GDP. The reduction in remittances caused by coronavirus is the largest drop in recent memory.

Dilip Ratha, the lead economist for migration and remittances at the World Bank, told AFP job losses linked to containment measures were mostly to blame.

He added that the loss of the lifeline “has a direct impact on nutrition, health and education outcomes” for recipients.

In Senegal, a finance ministry official said the government was expecting a reduction in remittances “on the order of 30 percent” in 2020.

Senegal has so far been spared a coronavirus outbreak on a par with those in Europe or the United States, having recorded fewer than 1,000 cases and 10 fatalities.

The government reacted swiftly to the threat, shutting borders, restricting travel between cities and imposing a dusk-to-dawn curfew.

But the measures are having an outsize effect on Senegal’s large pool of precarious informal workers, many of whom depend on remittances.

Senegalese authorities estimate that some three million citizens are working abroad, often in the former colonial power France, or in Spain and Italy.

Together, they send back some two billion euros a year, according to the World Bank, a sum equivalent to 10 percent of Senegal’s GDP.

With lockdown policies having ground Europe to a halt, there are indications that struggling families are even sending money to their stranded relatives abroad.

“I myself have done four transfers destined for Senegalese in Europe, whose families wanted to help them,” said a bank employee, who requested anonymity.

The problem is being felt all over the country.

In Senegal’s southern Casamance region, Fatou Seydi, who is the first wife in a polygamous marriage, said that times had turned bad.

“We’re managing, with difficulty, to put three meals (on the table),” she said.

Her husband is a farm labourer in Spain who usually sends home between 300 and 450 euros a month in order to feed his family of 15.

Abdoulaye Cisse, a young radio journalist from the same region, is in a similar position. He said he could no longer count on his brother, who was working in southern Italy.

“He says he has money but he can no longer send it because of the lockdown,” Cisse said.

The eight members of his family have since replaced their usual breakfast fare of milk and bread with millet porridge.

Senegalese migrants who returned home to visit family have also found themselves stuck.

For example, Abdoulaye Balde, 45, said he could not get back to Barcelona where he has worked as a green grocer for some 20 years.

“I know I’ve lost my job,” he said, adding that he used to send home 450 euros a month to his mother, two wives and two brothers and sisters.

“I have no income here,” Balde added.

To help the poor at home, it has also launched one of the largest food drives in West Africa, meant to supply one million needy households with essentials such as rice and cooking oil.