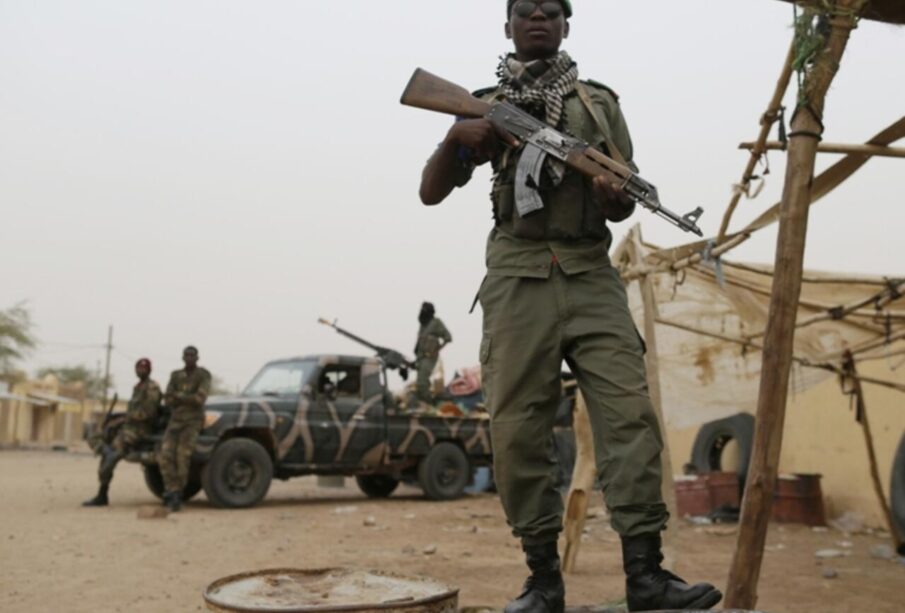 Islamist militants killed 15 soldiers and three civilians during two separate attacks in southwest Mali on Wednesday, the army said in a statement.

Six soldiers died and 25 were wounded when militants assaulted a military camp in Sonkolo, a rural commune in the south-central Segou region, more than 300 kilometres (186 miles)north of the capital Bamako.

Nine soldiers and three civilians were killed during an early morning attack on a different camp in the southwestern town of Kalumba, the army said.

Another military base in the central town of Mopti also was attacked during the night, but the assailants were pushed back without casualties.

All the attacks were eventually repelled and soldiers killed 48 of the militants in Sonkolo, the statement added.

Militants linked to al Qaeda and Islamic State have repeatedly raided bases across Mali during a decade-long insurgency concentrated in the country’s north and centre.

The groups have gained ground despite the presence of foreign troops and United Nations peacekeepers.

Mali’s main military base just outside Bamako was hit with a complex assault involving car bombs on Friday, the closest the insurgents have come to the capital in years.