Macron to meet Biden at G20, hopes to move on after AUKUS dispute 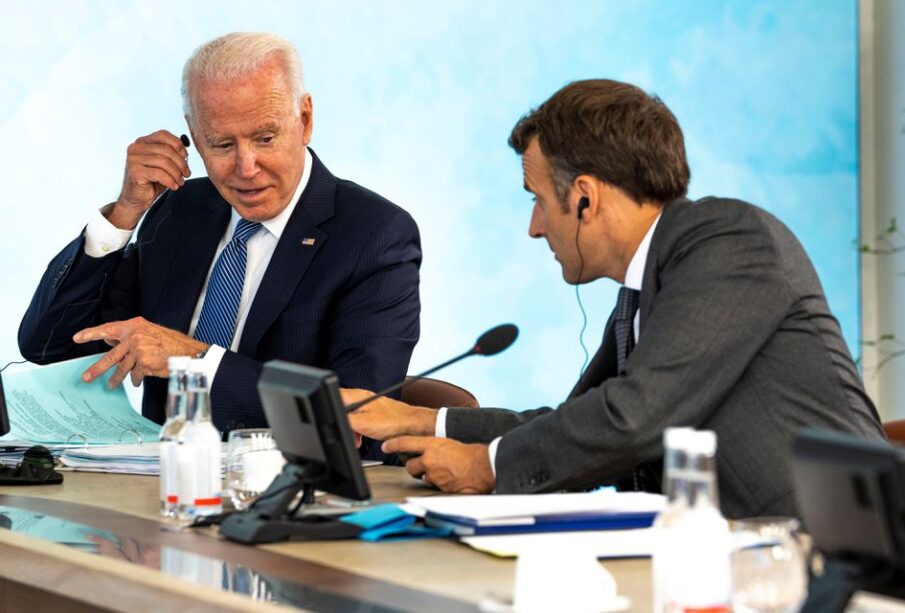 French President Emmanuel Macron said on Tuesday he would meet his U.S. counterpart Joe Biden in Rome at the Group of 20 summit at the end of October to “re-engage” and to move on after a rift over a U.S. military pact with Australia.

“We will catch up during the G20. I think it is the right occasion to see how we can re-engage … it is about facts and what to do together,” Macron said as he arrived for a summit dinner in Slovenia.

Australia’s decision to cancel a big submarine contract with France and opt for U.S.-designed vessels instead as part of the new AUKUS security alliance with Washington and London incensed Paris.