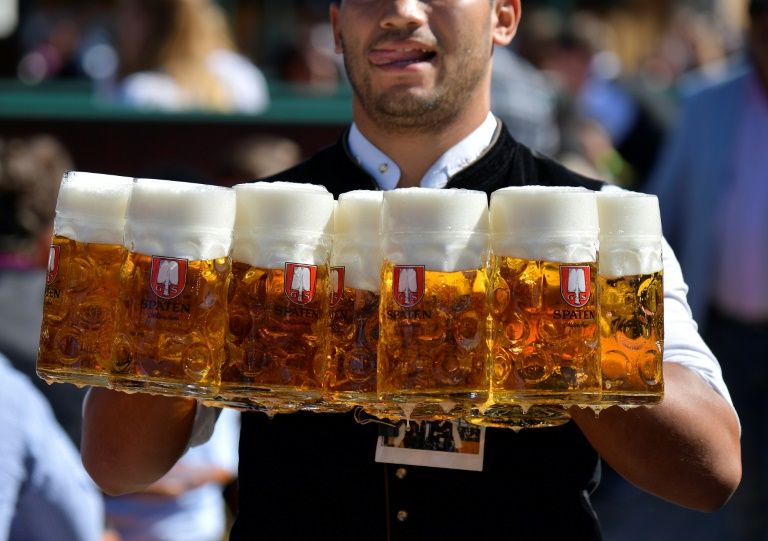 When the coronavirus lockdown started in Germany, all Marco wanted to do was get drunk.

The musician from Berlin, 38, was downing roughly a bottle of gin every night. “I was like, why not, come on! It’s quarantine, let’s party!”

But as the days went on, he started to see things differently.

“Because of quarantine you’re forced to look at yourself and realise, wait a second, this is not OK. This is actually a problem, this is addiction.”

Marco — speaking on condition of anonymity — reached out to a local Alcoholics Anonymous group and made the decision to get sober after 20 years of drinking heavily almost every night.

And he is far from alone in Germany, which has seen a surge in numbers of people seeking help for alcohol addiction since lockdown measures were introduced in early March.

According to a spokesman for Alcoholics Anonymous, enquiries to the group’s national helpline have roughly doubled — from about 10 calls per day to about 20.

Germany has one of the highest rates of alcohol consumption in Europe, with drinking occupying a prominent place in national culture through events such as the Oktoberfest beer festival.

According to a recent study by the German Center for Addiction Issues (DHS), three million Germans between the ages of 18 and 64 had an alcohol problem in 2018.

Sales of alcohol rose sharply during the initial phase of the lockdown as many people turned to drinking at home as a substitute for banned social events.

Wine sales at the end of March were 34 percent higher than during the same week in February, and sales of spirits went up 31 percent, according to a study published in the Spiegel magazine.

But the pandemic has also prompted many people to confront problematic alcohol use, whether through increased self-reflection or because family members finally became aware of how much they were drinking, according to the Alcoholics Anonymous spokesman.

“Some people use or abuse the way to work and the workplace as a drinking opportunity, and in many cases this is now no longer available,” he said.

“People have to start drinking at home, and then their spouse or family can see how much they really drink. They get to the point where they realise that there is no way to hide it.”

A spokesman for one of the groups in Berlin said it is now getting roughly one enquiry a day, compared to one or two a month before the pandemic started.

The Berlin group has been unable to hold face-to-face meetings since early March, turning instead to online Zoom meetings. But this suits many people better, the spokesman said, since online meetings are more convenient and, crucially, more anonymous.

“A lot of the people reaching out to us are those who would normally be quite isolated,” he said. “It makes us more available.”

The group now intends to keep offering more online meetings even after all virus restrictions have been lifted.

The pandemic has given some alcoholics the final push to confront a problem that has been plaguing them for many years, the spokesman believes.

This was true for Marco, whose life as a touring musician meant that alcohol and drugs were always readily available and part of the culture.

“Quarantine kind of pushed me to finally confront it and handle the situation,” he said. “I don’t think I would have faced it if corona hadn’t happened. I could have kept going for another 10 years until something really bad happened.

“It’s controversial to say it but I feel like quarantine, in a way, saved my life.”