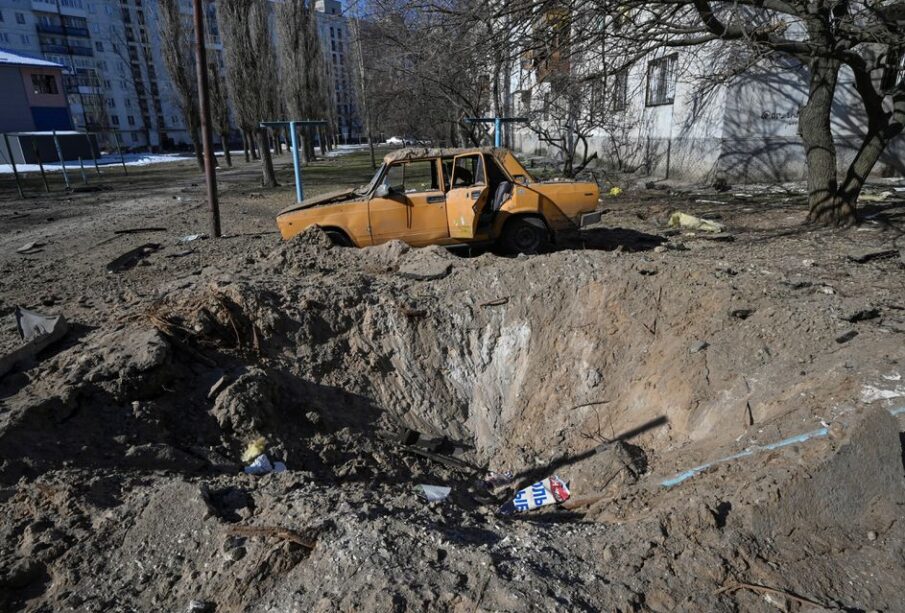 A shell crater in seen at a residential area amid Russia's attack on Ukraine, in Sievierodonetsk, Luhansk region, Ukraine March 21, 2022. REUTERS/Oleksii Kovalov/File Photo

The governor of the Luhansk region in eastern Ukraine said agreement had been reached on a local ceasefire to evacuate civilians trapped by fighting.

Governor Serhiy Gaidai said on the Telegram messaging app that the ceasefire would come into force at 9 a.m. (0700 GMT).

Signalling no agreement had been reached with Russia to establish a safe corridor form the heart of Mariupol, she said people wishing to leave the besieged port city would find transport in nearby Berdyansk.

Russia turns to attrition one month into Ukraine war