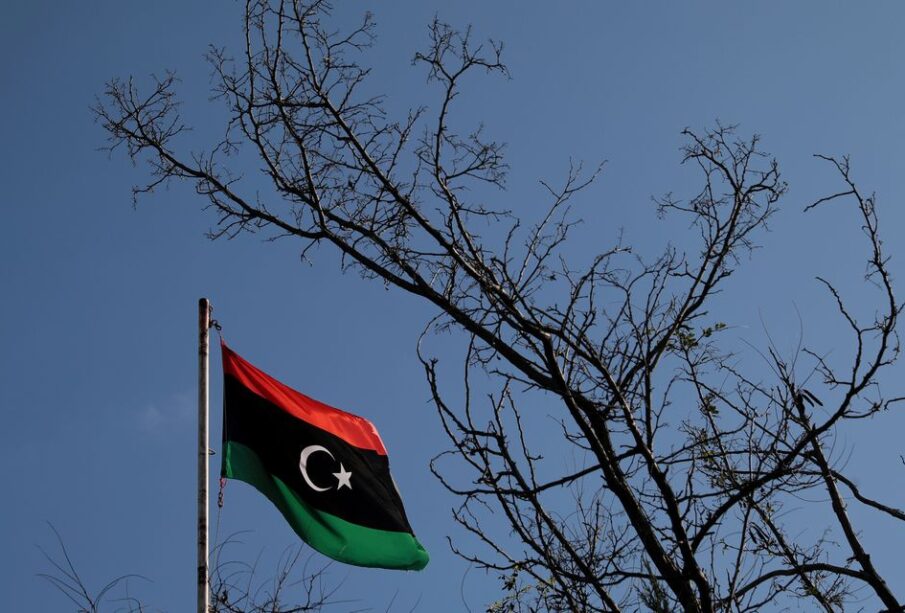 Libya’s best chance of peace in years is at risk of unravelling as factions tussle over looming national elections that were envisaged as a way to end a decade of chaotic division.

As a cast of factional leaders position themselves for a presidential run, many Libyans are bracing for a return to violence whether the vote goes ahead as planned on Dec. 24 or not.

Already, the eastern commander Khalifa Haftar has paved the way for a campaign by handing his duties to an acolyte, while Saif al-Islam Gaddafi, the son of the former dictator, has indicated he may run too.

“The election process is heading towards disaster however things turn out,” said Wolfram Lacher, a Libya researcher at SWP in Berlin.

“Even in the best case in which there isn’t a widespread boycott or violence, there’s a big risk that the losers won’t recognise the results,” he said.

Not everybody agrees with that assessment. Many believe that whatever the risks, elections are the only way to turn the page on endless disputes among the established powers and confer legitimacy on rulers.

The United Nations and major foreign powers are all pushing for the elections to go ahead, saying most Libyans want the vote, and inside Libya all major factions are publicly demanding it takes place, whatever their private stance.

But as the Dec. 24 date set by a U.N. peace process last year approaches, the dangers appear to be mounting.

Libya has enjoyed little stability since the 2011 NATO-backed uprising that toppled Muammar Gaddafi, and was split after 2014 between warring eastern and western factions.

The U.N. process has installed a transitional unity government as well as demanding elections for a new president and parliament to resolve the crisis.

However the legal basis for the elections is bitterly disputed, meaning that if it goes ahead without consensus on the rules, large parts of the country may refuse to take part or will reject any results they dislike.

Particular controversy has hung over the role of the parliament, which was elected seven years ago and mostly backed the eastern side in the war.

Its speaker Aguila Saleh said this month it had passed a presidential election law that his critics said was tailored to allow him to run without risking his role as speaker, and was rammed through without a proper vote.

This week he went further, withdrawing confidence from the unity government of Prime Minister Abdulhamid al-Dbeibah, a move that seemed aimed at clipping its wings by undermining its legitimacy, in a vote that also drew accusations of chicanery.

“It’s a way of creating more urgency for the elections as these announcements make it harder for anyone to bank on the survival of Dbeibah’s government,” said Libya researcher Jalel Harchaoui of the Global Initiative thinktank.

Dbeibah has won support with populist programmes and though he has pledged not to run in the election, some Libyans hope he will, or regard his unity government as a fallback if elections do not happen.

Meanwhile parliament has not yet passed a law for a parliamentary election – as mandated by the U.N. process – though it has said it is working on one.

Any election would take place in towns and cities controlled by armed forces whose own leaders may be candidates – opening the way for losing opponents to cry fraud.

“Obviously in territories held by Haftar the level of control makes it possible for him to organise the vote to ensure his victory,” said Harchaoui.

Haftar’s potential candidacy could be especially divisive after his 14-month assault on Tripoli that laid waste to whole city districts before it was repelled last year.

“Sometimes when (military men) come into power they stay there forever… he will pressure people. When they vote, they will do so under fear,” said Tripoli resident Yousef Mohamed.

The last war dragged in powerful foreign forces including Turkey, Russia, the United Arab Emirates, Egypt, and an international array of mercenaries.

That raises the stakes in any new bout of fighting, but with powerful forces well entrenched, it may also mean that nobody will risk another all-out war and would instead revert to the chaotic partition that has carved Libya into pieces for years.