The Times of Earth, International Edition
0
176 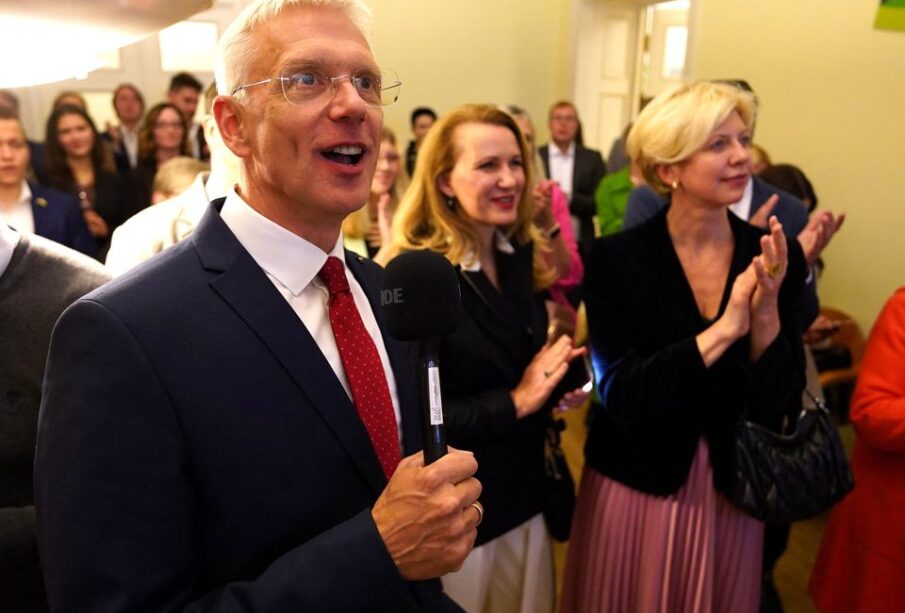 The centre-right New Unity party of Latvian Prime Minister Krisjanis Karins won Saturday’s election, according to provisional results, with its 19% of the vote putting him in a position to head another coalition government.

The results – with 96% of districts counted – mean Latvia should remain a leading voice alongside its Baltic neighbours Lithuania and Estonia in pushing the European Union for a decisive stance against Russia.

Karins’ party was again the party with the most support following the election. Members of the current coalition were on track to receive 42 seats in the 100-seat parliament, so Karins needs to draft additional allies to stay as a prime minister.

As many as nine parties could win sufficient votes to secure seats in parliament.

After a campaign dominated by security concerns following Russia’s invasion of Ukraine, Karins told Reuters he will be working to craft a coalition of like-minded parties.

“I am convinced that we will be able find such a solution,” he said early on Sunday.

“First and foremost on everyone’s minds is how we all get through the winter, not only in Latvia but throughout the EU, and that we all remain united behind Ukraine, and do not waiver in the face of difficulties for us.”

The first Latvian head of government to serve through a full four-year term, Karins, a 57-year-old dual U.S. and Latvian citizen, has benefited from his Moscow policy, which included restricting the entry of Russian citizens travelling from Russia and Belarus.

“I see no chance that any government in Latvia will stop supporting Ukraine – this is not a view of a small group of politicians, this is the view of our society,” said Karins.

But his victory could widen a rift between the country’s Latvian majority and its Russian-speaking minority over their place in society.

The election results show falling support for parties popular with Latvia’s Russian-speaking minority, which make up about a quarter of the country’s population of 1.9 million.

The left-leaning Harmony party saw its support drop to 5% after securing the largest share of the vote in the 2018 election, with observers pointing to ethnic Latvian voters turning away and disappointment among Russian speakers over the party leadership’s criticism of the Kremlin over Ukraine.

“The Russian voters are migrating across the national line and they are voting for Latvian (parties). This is positive”, said Filips Rajevskis, an analyst.

The opposition Greens and Farmers Union, a coalition of conservative groups closely knit around Aivars Lembergs, the long-term mayor of Ventspils who was put on a U.S. sanctions list for alleged corruption in 2019, was in second place with 13%.

On 100,000 euros bail since February while he appeals a 2021 corruption conviction, 69-year-old Lembergs said in 2014 that basing NATO troops in Latvia amounted to an occupation.

However party chairman Armands Krauze told Reuters early on Sunday that his party will support Karins’ tough stance against Russia saying “we think our current foreign policy is very right”.

Krauze said Lembergs’ words were blown out of proportion by opponents.