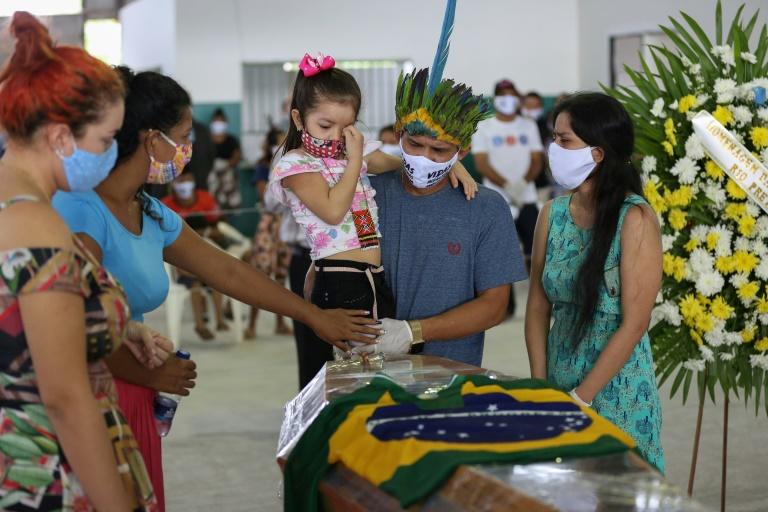 Members of the Parque das Tribos indigenous community mourn besides the coffin of Chief Messias of the Kokama tribe who died from COVID-19, in Manaus, Brazil. The country has nearly half of all cases recorded in Latin Ammerica and the Caribbean (AFP Photo/MICHAEL DANTAS)

Latin America and the Caribbean have recorded more than half a million coronavirus infections, according to an AFP tally based on official reports.

Almost half have been recorded in Brazil — the country worst-hit by the pandemic in the region — which also has more than 15,000 deaths.

The tallies, using data collected by AFP from national authorities and information from the World Health Organization (WHO), probably reflect only a fraction of the actual number of COVID-19 infections.

Many countries are testing only the most serious cases.

More than 4.6 million people have been infected around the world since the virus first appeared in China late last year.

At least 309,000 have died from the disease and more than 1.6 million have recovered.