The Times of Earth, International Edition
0
605 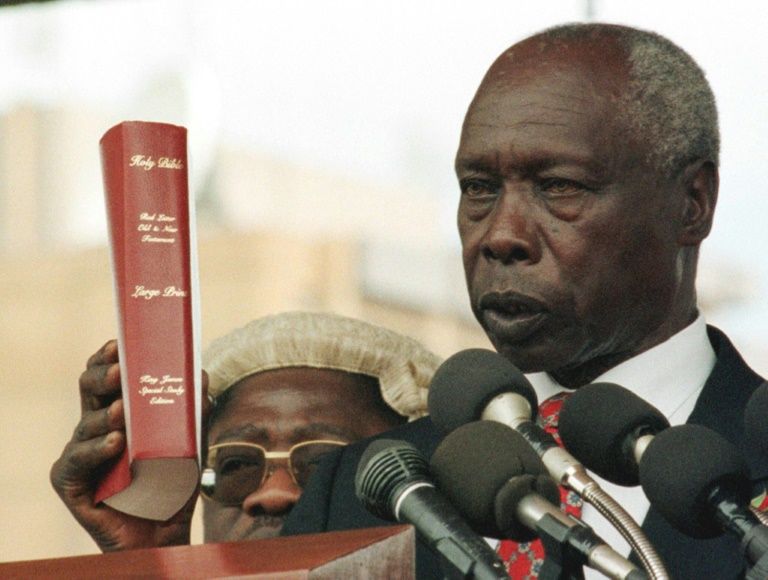 “It is with profound sadness that I announce the death of a great man of an African state,” Kenyatta said in a statement.

He ordered a period of national mourning until a state funeral is held, on a date not yet announced.-

The former president died “in the early morning of February 4 at Nairobi hospital in the presence of his family,” Kenyatta said.

Moi fought off rivals in a bitter contest to take the top job in 1978, succeeding Kenya’s first president, Jomo Kenyatta, when he died.

The speaker of Kenya’s national assembly, Justin Muturi said on Twitter that Moi was an “astute politician”, who “employed pragmatic nationalism to keep the country together for the 24 years that he led our nation”.

“He will be remembered for his great efforts towards consolidating peace and tranquility within the Horn of Africa and largely the East African Region, at a very difficult time for the region and the African continent,” Muturi added.

One of the defining scandals of Moi’s presidency was the loss of $1 billion from the central bank through false gold and diamond exports.

A report by Britain-based risk consultant group Kroll in 2007 claimed Moi’s family and clique laundered money on a global scale, buying properties and companies in London, New York and South Africa and even a 10,000-hectare (25,000 acre) ranch in Australia.

Inflation and employment levels are high in Kenya, and high levels of corruption have caused the economy to stagnate.

Those targeted by his regime included human rights and environmental activists, including the writer Ngugi wa Thiong’o and the future Nobel Peace Prize winner Wangari Maathai.

Moi was however praised for keeping Kenya a relative haven of peace during a chaotic period in east Africa which saw the genocide in Rwanda and civil wars in Burundi and Somalia.

His later return — under significant pressure — to multiparty elections in 1992, and peaceful handover of power to opposition leader Mwai Kibaki in 2002 also won him some praise.

In recent years observers have criticised the “rehabilitation” of Moi as the elderly former president often received visits from President Kenyatta, his opposition rival Raila Odinga and any politician seeking his blessing ahead of elections.

Kenyatta revived “Moi Day” in honour of the former president in 2017, after it was scrapped in 2010.