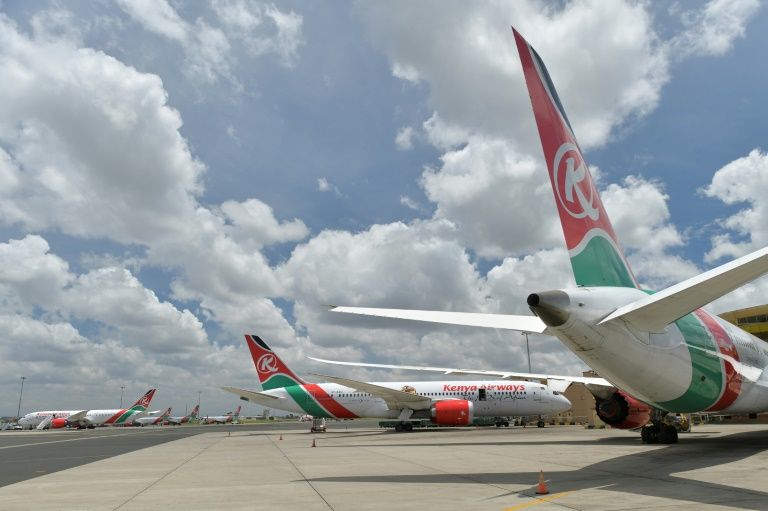 Kenyan President Uhuru Kenyatta on Monday announced a “phased reopening” of the country, with the resumption of international flights from August 1 as well as the lifting of internal travel restrictions.

The move comes as pressure mounts to kickstart the country’s ailing economy after nearly four months of coronavirus restrictions that have devastated key industries such as tourism.

Kenyatta said in a televised address that “international air travel into and out of the territory of Kenya shall resume effective 1 August 2020.”

He also announced that a ban on movement in and out of the capital Nairobi, the port city of Mombasa and northeastern Mandera, would be lifted from July 15.

However, a curfew from 9pm to 4am will remain in place for another 30 days.

Kenya has recorded just over 8,000 cases of the virus and 164 deaths — the highest official figures in East Africa — and has seen a steep increase in numbers in recent weeks, with a fatality rate of 2.09 percent.

Fewer than 200,000 people have been tested in the population of 47 million people.

In June, Kenyatta had said that before lifting restrictions, the country would need to have contained infections with numbers headed downwards; the health care system must be prepared to deal with a surge in infections; and the capacity for surveillance and contact tracing must be in place.

He said Monday that experts looking at those conditions determined “we have not met the irreducible minimum 100%”.

However, they agreed “we have reached a reasonable level of preparedness across the country to allow us to reopen,” he said.

“Any trends that signal a worsening of the pandemic, we will have no choice but to return to the lockdown,” he said.

Kenyatta also announced that places of worship will be allowed to reopen, but with a maximum of 100 people attending.

He urged citizens to continue to implement social distancing, and to avoid travel as much as possible, asking them to, “exercise cautious optimism and avoid reckless abandon.”

Like many nations in East Africa, Kenya took swift action to combat the coronavirus, closing its borders on March 25 when it had only 25 cases, shutting schools and imposing a curfew while advising people to work from home.

The restrictions were a blow to millions of poor in the city who live hand to mouth.

“Jobs have been lost, businesses have closed and livelihoods endangered. And this is the sorry state of things the world over,” said Kenyatta.

In recent weeks Nairobi has become busier, with traffic jams returning to the streets of the capital and restaurants re-opening.

Masks are obligatory in the country, but Kagwe has warned of increasing laxity which he said could “spell disaster in coming days”.

“We have observed that many of our people are going about their everyday activities as if we are in normal times,” he said Sunday, citing overloaded public transport and house parties.