Kamala Harris is sworn in as U.S. vice president

The Times of Earth, International Edition
0
605 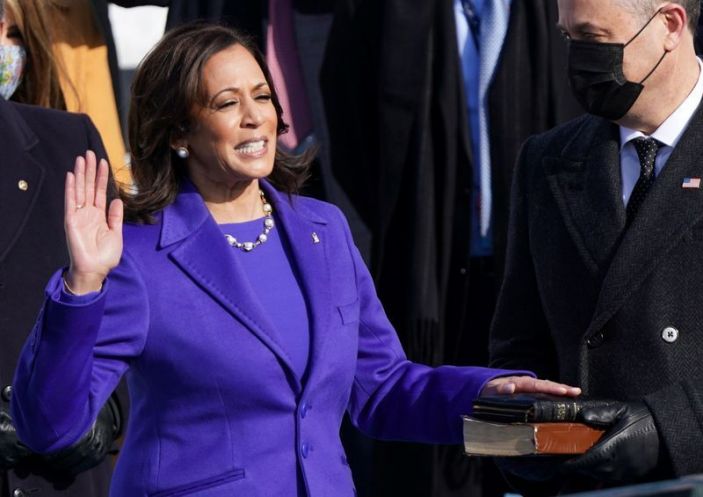 Kamala Harris is sworn in as U.S. Vice President as her spouse Doug Emhoff holds a bible during the inauguration of Joe Biden as the 46th President of the United States on the West Front of the U.S. Capitol in Washington, U.S., January 20, 2021. REUTERS/Kevin Lamarque

Kamala Harris was sworn in as U.S. vice president on Wednesday, becoming the first woman, the first Black person and the first Asian American to hold the office.

She was sworn in just before Joe Biden took the oath of office to become the 46th US president.

Harris, who is of Indian-Jamaican heritage, initially ran for the Democratic nomination.

But Biden won the race and chose Harris as his running mate, describing her as “a fearless fighter for the little guy”.

Prior to taking the oath at the US Capitol, Harris paid tribute to the women who she says came before her.

“I stand on their shoulders,” she said in a video.