The Times of Earth, International Edition
0
644 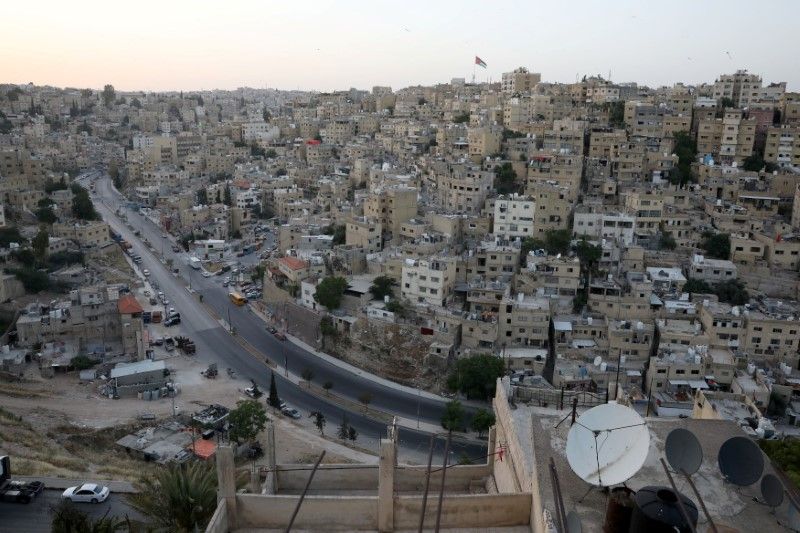 A general view shows an empty Jordan street after the government announced a comprehensive three-day ban, amid concerns over the spread of the coronavirus disease (COVID-19), in Amman. REUTERS

Jordan said on Thursday it would reopen hotels and cafes, allow sporting events without spectators and shorten a night curfew as of Saturday, further easing its coronavirus lockdown that has hit the aid-dependent economy.

But Prime Minister Omar al-Razzaz told reporters that while Jordan had now returned to near normality, it would now toughen enforcement of social distancing to ensure there was no risk of a resurgence of infections.

Jordan has withstood the COVID-19 pandemic better than most regional neighbours after taking early steps in mid-March to restrict the mobility of its 10 million people, sealing its borders, imposing a state of emergency and a night curfew.

The government in recent weeks relaxed some measures that had throttled the economy, reopening most businesses and factories to avert mass layoffs and bankruptcies. The economy was already struggling with sluggish growth before the crisis.

Officials said the latest loosening of lockdown measures was prompted by a sharp drop in new infections to less than 10 a day over the past week. There have been 757 confirmed cases of the COVID-19 lung disease and just 9 deaths during the outbreak.

Razzaz said the economy was still reeling from the impact, estimating a contraction of at least 3% compared to the International Monetary Fund’s 2.1% growth forecast before the health crisis. It is Jordan’s first contraction since 1990.

The closure of firms and disruption of tourism, a critical source of foreign currency, have choked the economy while layoffs by troubled companies are expected to erode middle-class living standards and deepen poverty among low income groups.

The government, which had earlier announced it would reopen mosques on Friday, said the night curfew would be shortened from Saturday to begin at midnight rather than 7 p.m., and day-long curfews in place every Friday were being scrapped.