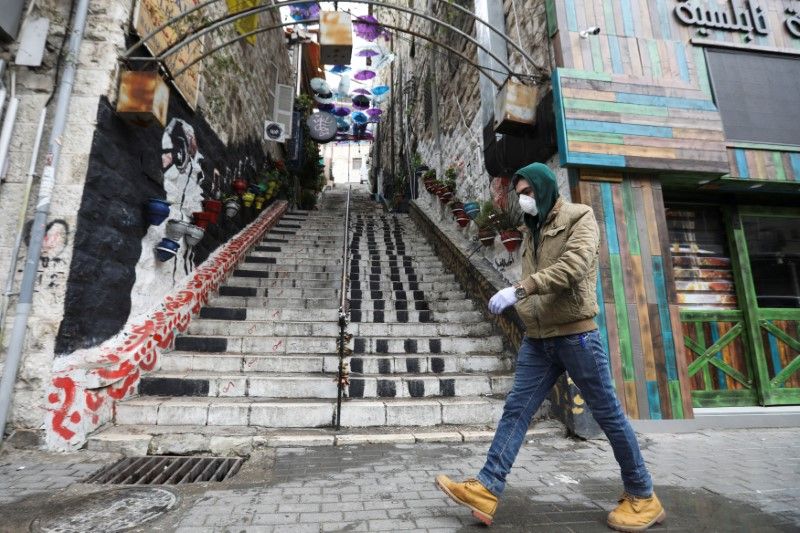 People walk next to closed shops in Amman. Photo: Reuters

Jordan said on Monday it would extend a curfew indefinitely, with supermarkets and other stores closed, and deliver food across the country to try to rein in the coronavirus.

Confirmed cases in the country of 10 million have steadily risen within a week to 112 cases from six. There have been no deaths.

Minister of State for Media Amjad Adailah said the government had made arrangements with municipal councils to deliver enough bread, water, gas cylinders and basic medicines across the country for the rest of the week.

“We have to prepare ourselves for a difficult period,” Adailah told state media.

Jordan announced a nationwide curfew on Saturday under draconian emergency laws that give authorities sweeping powers.

The country has deployed thousands of troops at checkpoints in main cities to limit movement, saying many residents had flouted earlier calls to stay at home.

“There are people who do not know the extent of the danger that is lurking and insist on breaking the law,” said army spokesman Brigadier General Mukhles al Mufleh, adding more than 800 people had been arrested.

Humanitarian groups say many of Jordan’s poor, who make up the majority of the population, are already suffering from scarce food supplies and would be hurt by an extended curfew.

Labour Minister Nidal al Batyneh told reporters that people should get used to a more austere lifestyle until the crisis is over.

“Jordanian authorities should stick by their commitment not to abridge basic rights under the state of emergency and to ensure that all measures taken are necessary and proportional to the threat posed by the pandemic,” said Michael Page, deputy Middle East director at U.S based Human Rights Watch.