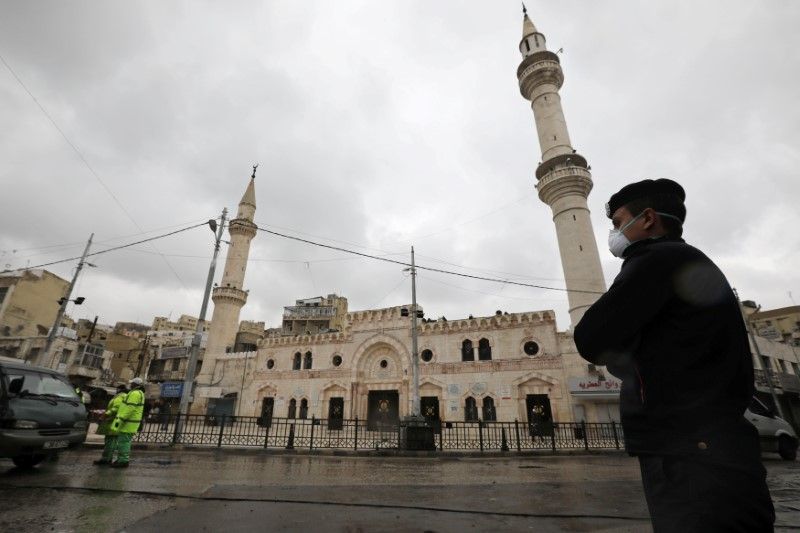 A Jordanian policeman stands guard in front of al Husseini mosque building after closing it to the worshipers amid concerns over the coronavirus disease (COVID-19) spread, in downtown Amman. REUTERS

Jordan will impose a countrywide lockdown from Saturday to combat the coronavirus, barring people from moving except for emergencies, the government said.

King Abdullah has enacted an emergency decree giving the government sweeping powers to enforce an army-imposed curfew and other measures that infringe on civil and political liberties.Prime Minister Omar Razzaz had suggested the government would be forced to announce a curfew after many people failed to heed a call by the authorities not to move about except in cases of emergencies.

Jordan’s army sealed off the capital from the rest of the country on Thursday to put its 10 million people on lockdown. The country has 69 confirmed coronavirus cases but authorities are afraid it could spread fast.-

Jordan has closed land and sea border crossings with Syria, Iraq, Egypt and Israel, and suspended all incoming and outgoing flights since Tuesday.