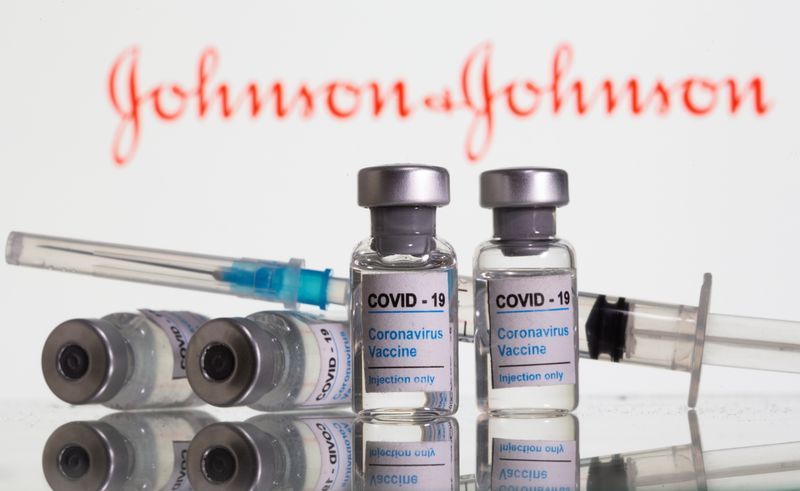 Johnson & Johnson’s one-dose COVID-19 vaccine appeared safe and effective in trials, the U.S. Food and Drug Administration said Wednesday, paving the way for its approval for emergency use as soon as this week.

The vaccine was 66% effective at preventing moderate to severe COVID-19 in a 44,000 person global trial, the FDA said in documents ahead of a Friday meeting of independent experts who will advise the agency on emergency authorization.

New data provided by J&J to the FDA showed the vaccine was 64% effective at stopping moderate to severe cases of COVID-19 after 28 days in thousands of trial participants in South Africa where a worrying new variant has swept across the country.

Overall, the vaccine was 100% effective at stopping hospitalization 28 days after vaccination, compared with 85% at 14 days, and there were no COVID-19 deaths among those who received the shot rather than a placebo.

J&J also said the data suggested its vaccine cut down on asymptomatic infections, which experts said was another sign COVID-19 vaccines may indeed stop transmission of the disease.

“Most encouraging to me were the data in South Africa,” said Paul Offit, director of the Vaccine Education Center at the Children’s Hospital of Philadelphia and a member of the FDA advisory committee that will make its recommendation on Friday.

“That you could still get protection against medically attended illnesses – meaning hospitalization, ICU admission and deaths from that vaccine against the South African strain, I thought that was really encouraging.”

While the FDA is not bound to follow the advice of its experts, it approved both the Pfizer and Moderna vaccines the day after the advisory committee met.

The United States, where COVID-19 has killed more than half a million people, has been struggling to speed up its vaccination program because of the limited supply of the Pfizer-BioNTech and Moderna vaccines so far.

Worldwide, COVID-19 has infected 112 million people and killed more than 2.5 million and governments are racing to get their hands on any effective vaccines.

The vaccine is administered in a single dose and can be stored in normal fridges, in contrast to the Pfizer and Moderna shots which need two doses and must be kept in freezers.

The J&J vaccine is also considered essential in the global vaccination effort due to its routine storage requirements and is already being rolled out to 500,000 healthcare workers in South Africa.

J&J said in documents submitted to the FDA that in a preliminary analysis of its trial, it found 16 cases of asymptomatic cases in the placebo group versus two in the vaccine group, or an 88% efficacy rate.

While fighting asymptomatic infection was not the primary goal of the trial, which studied the vaccine’s ability to stop moderate to severe COVID-19, the reduction of asymptomatic cases implies the shot can also cut transmission of the disease.

“The data is consistent with the fact that these coronavirus vaccines, including the J&J vaccine, do have an impact which is significant on asymptomatic spread,” said Amesh Adalja, a senior scholar at the Johns Hopkins Center for Health Security.

However, he said some public health authorities may ask to see more robust data before being persuaded.

The effectiveness of the one-dose vaccine varied over time. In Brazil, where a similar variant to the one in South Africa is circulating, the vaccine was 66% after 14 days, rising to 68% at 28 days. In the United States, the effectiveness fell from 74% at 14 days to 72% two weeks later.

Overall, only two vaccine recipients developed COVID-19 severe enough to need medical intervention after 14 days and that dropped to zero after 28 days.

J&J has said it sees rising immunity from its vaccine until at least 28 days after injection. The drugmaker has said it expects sustained – or even improved – protection over time.

Three vaccine recipients had severe side effects in the trial that were likely related to the vaccine, but the FDA said its analysis did not raise any specific safety concerns that would preclude issuance of an emergency use authorization.

The FDA said the most common reactions were injection site pain at 48.6%, headache at 39%, fatigue at 38.2% and myalgia at 33.2%. Other side effects included a fever in 9% of participants and a high fever in 0.2% of those who received the vaccine.

The regulator said one case of pericarditis, a heart disease, may have been caused by the vaccine. It said cases of a rare disorder, Guillain-Barre Syndrome, were unlikely to be related to the shot though data was insufficient to determine whether the vaccine had caused these side effects.