The Times of Earth, International Edition
0
505 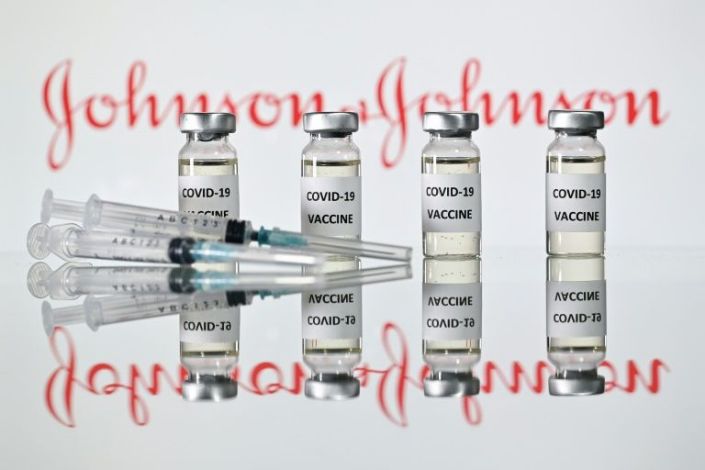 Johnson & Johnson s quickly expected to apply for a US emergency authorization, and could therefore soon be the third vaccine available in the world's hardest-hit country. AFP

Johnson & Johnson’s single-shot Covid-19 vaccine has an overall efficacy of 66 percent, the company announced Friday, adding it would soon apply for a US emergency authorization following results from a multi-continent trial of almost 44,000 people.

The figure was as high as 72 percent in the United States, but fell to 57 percent in South Africa, where a more transmissible new variant is dominant. In Latin America it was 66 percent effective.

The company added, however, that the vaccine was 85 percent effective in preventing severe Covid-19 across all geographical regions — a key indicator.

“We’re proud to have reached this critical milestone and our commitment to address this global health crisis continues with urgency for everyone, everywhere,” the company’s CEO Alex Gorsky said.

J&J said it would apply for US emergency authorization in early February, and the vaccine will likely become the third available in the world’s hardest-hit country.

The Pfizer and Moderna vaccines were the first to be authorized in the US, and both have efficacies of around 95 percent.

While the J&J vaccine is not as protective, the comparisons are not precisely like-for-like, because those trials reported results before newer, more transmissible mutations of the virus became dominant in some parts of the world.

These variants, such as B.1.135 in South Africa and P.1 in Brazil, elude some of the blocking action of antibodies triggered by vaccines made against the common strain of the coronavirus.

The fact that the J&J vaccine requires only one shot, and can be stored for up to three months at 36-46 Fahrenheit (2-8 degrees Celsius), gives it some logistical advantages over the Pfizer and Moderna vaccines.

These two shots use RNA technology which requires deep freezing.

“The fact we have a single-dose vaccine that’s 66 percent effective, and highly effective against severe disease is still a success,” said Dr Amesh Adalja, a senior scholar at the Johns Hopkins Center for Health Security, adding it would increase US vaccination capacity.

J&J says that if authorized it’s on track to deliver 100 million doses to the US by the end of June.

The J&J shot uses a genetically engineered version of a common-cold causing adenovirus as a “vector” to shuttle genetic instructions into human cells, telling them to create a protein of the coronavirus.

This in turn evokes an immune response, and the same technology — known as an adenovirus vector vaccine — has been used in the company’s European Commission-approved Ebola vaccine.

Though the J&J shot is also considered a “genetic vaccine,” it uses double-stranded DNA molecules which are more rugged than single-stranded RNA.

Vector vaccines can also have down sides: the human body can develop an immune response to the virus that is used as a vehicle, attacking it and reducing the efficacy of the vaccine, particularly if exposed more than once — for booster shots, for example.

The differences in its efficacy across these regions further highlights the growing threat posed by new variants.

Adalja said it highlighted the need to step up the vaccination rate quickly before new variants establish themselves firmly in the US.

But, he said, the most important thing was it remained effective against severe disease even in the case of the South Africa variant.