The Times of Earth, International Edition
0
321 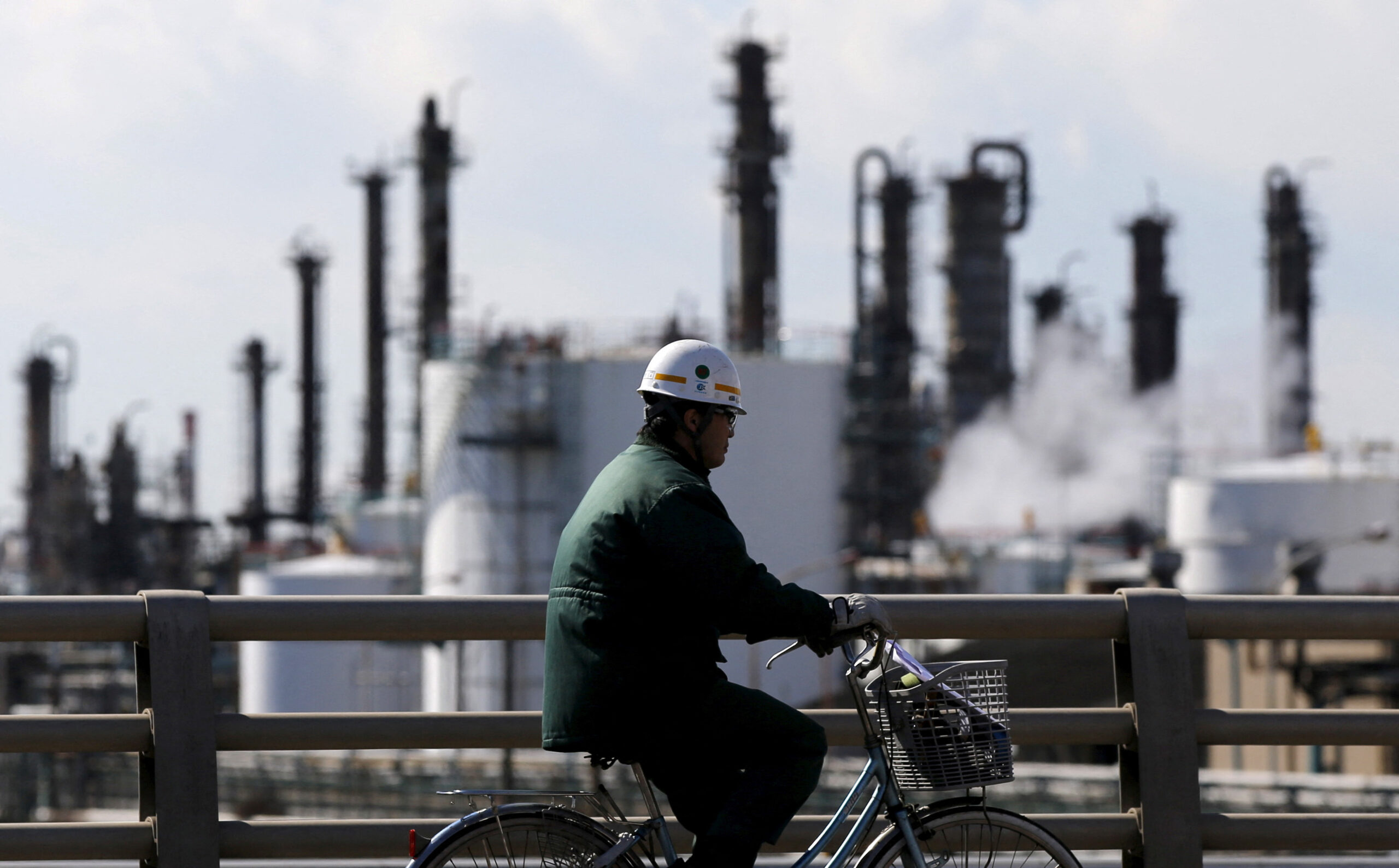 FILE PHOTO: A worker cycles near a factory at the Keihin industrial zone in Kawasaki, Japan February 17, 2016. Japan's automaker labour unions are reducing their demands for pay rises for the next fiscal year from amounts sought the previous year, a move that could hamper the Abe government's efforts to stoke demand and defeat deflation. REUTERS/Toru Hanai/File Photo

Japan’s economy rebounded at a slower-than-expected pace in the second quarter from a COVID-induced slump, data showed on Monday, highlighting uncertainty on whether consumption will grow enough to bolster a much-delayed, fragile recovery.

A revival in Japan, like many other economies, has been hobbled by the Ukraine war and surging prices of commodities even as rising consumption propped up growth in April-June.

“Consumption and capital expenditure will continue to drive growth in July-September. But momentum may not be that strong as rising inflation is cooling household spending,” said Atsushi Takeda, chief economist at Itochu Economic Research Institute.

“While domestic demand may continue to expand, falling exports could put a brake on Japan’s recovery,” he said.

The world’s third-largest economy expanded an annualised 2.2% in April-June, government data showed, marking the third straight quarter of increase but falling short of median market forecasts for a 2.5% gain.

The growth was driven largely by a 1.1% gain in private consumption, as restaurants and hotels saw demand recover thanks to the lifting of pandemic-related curbs.Advertisement · Scroll to continue

Capital expenditure, another key driver of April-June growth, increased 1.4% from the previous quarter, exceeding a median market forecast for a 0.9% expansion, the data showed.

But the rise in second quarter consumption was smaller than market forecasts for a 1.3% increase, casting doubt on whether the rebound in household spending will have legs.

Some analysts say a resurgence in COVID infections, and recent price hikes for a wide range of daily goods, could discourage households from splurging on leisure and dine-outs.

Wage earners’ remuneration during April-June, adjusted by inflation, fell 0.9% from the previous quarter, a deeper drop than a 0.1% fall in January-March in a sign rising living costs were already hurting household income.

Heightening fears of a global slowdown, driven in part by a wave of monetary tightening by major central banks, have also darkened prospects for a sustained recovery in Japan’s economy.

While domestic demand added 0.5% point to April-June GDP, external demand neither added to, nor shaved off from growth in a sign of waning support from the once-strong export sector.

“Looking ahead, there’s downside risks to domestic demand due to a renewed spike in COVID cases. External risks are also skewed to the downside on heightening recession fears in the United States and Europe,” said Toru Suehiro, an economist at Daiwa Securities.

Keen to cushion the economic blow from rising living costs, Prime Minister Fumio Kishida on Monday instructed his ministers to draw up additional steps to moderate the pace of increases in fuel and food prices.

Japan has lagged other major economies in fully recovering from the pandemic’s hit due to weak consumption, blamed in part on curbs on activity that lasted until March.

That has turned the Bank of Japan (BOJ) into an outlier in the global monetary tightening phase sweeping across many economies amid surging inflation.

Policymakers hope pent-up demand will underpin consumption until wages rise enough to make up for increasing living costs. But there is uncertainty on whether companies will hike salaries amid heightening risks of slowing global demand, analysts say.

The BOJ has stressed its resolve to maintain ultra-loose monetary policy even as inflation exceeded its 2% target for three straight months in June, to ensure the economy makes a sustained recovery driven by solid consumption and wage growth.