The Times of Earth, International Edition
0
733 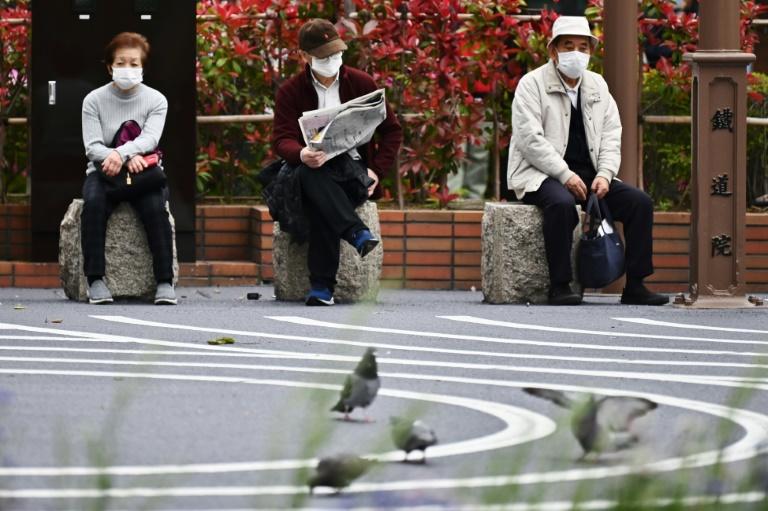 With the initial month-long period coming to an end next week, local media reported that Japan's Prime Minister Shinzo Abe was now expected to extend the measure, either until the end of May or early June (AFP Photo/CHARLY TRIBALLEAU)

Japan’s Prime Minister Shinzo Abe said Thursday it was “hard” to lift a nationwide state of emergency imposed over the coronavirus next week as local media reported he plans for an extension — possibly by another month.

The measure was initially declared on April 7 across seven regions experiencing a spike in infections, but was later expanded to cover the entire country.

With the original month-long period coming to an end next week after the country’s annual Golden Week holidays, local media reported that Abe was now expected to extend the measure, either until the end of May or for another full month until June 6.

“It’s hard to return to the days of the past, starting on May 7,” the premier said.

“I openly have to say that we must prepare for a battle of patience for a certain period,” he said, adding that he will decide how long it should be extended after hearing from experts.

Local media, including the Nikkei newspaper, reported the government would convene a panel of experts on Friday to discuss the virus and the state of emergency, adding that the experts had already informally backed a move to extend the measures.

It was not yet clear when any extension would be announced, but Abe has said he will not wait until the last minute, to allow business and institutions including schools time to prepare accordingly.

The declaration has limited legal power compared to measures seen in some parts of Europe and elsewhere. It allows governors to call on people to stay home and urge businesses to close, but there are no punishments for those who fail to comply.

However, the emergency declaration has been effective at encouraging people to stay home, and Japan should expect to impose it again to deal with future waves of infections, said Tohru Kakuta, a vice president of Tokyo Medical Association.

“The Japanese people tend to believe and follow the instructions that come from above… as well as to follow what others are doing to stick with the crowd,” he told a press briefing.

“We can also expect to see the second and third waves and so on. Therefore what would be important is to detect those at an early stage so that actions can be taken,” he said, warning that the world was in for “a long fight” with the infection.

Regional governors have already voiced support for the extension of the state of emergency, with many of them also suggesting that the school year start date should now be moved from its usual April to September, as schools in most of the country have been closed since March.

Japan has so far seen a relatively limited outbreak compared to parts of Europe and the United States, with around 14,000 infections recorded and 415 deaths.

But it has faced criticism for carrying out comparatively few tests, which some critics argue leaves the actual rate of infection in the country unclear.