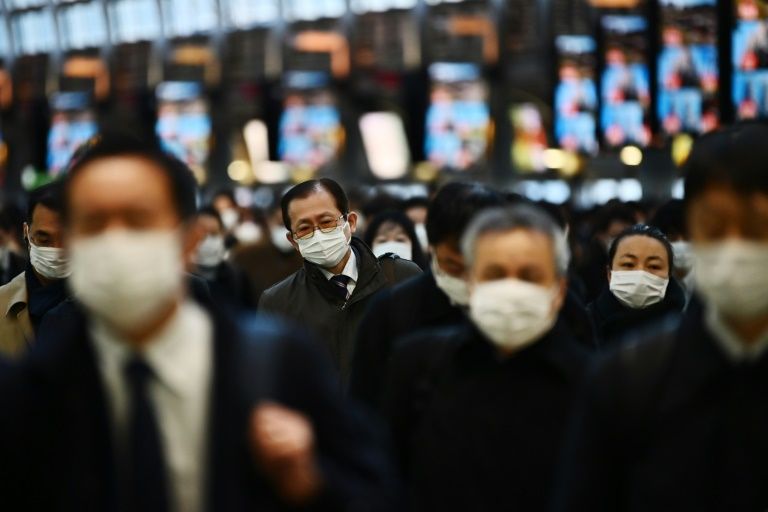 Japan’s prime minister on Friday defended his call for schools across the country to close over the new coronavirus, as the country confirmed a fifth death linked to the outbreak.

The call for school closures came as Japan steps up its response to the outbreak, with Tokyo’s Disney resorts and Universal Studios Japan announcing they would close for around two weeks — the latest in a string of closures and cancellations.

Prime Minister Shinzo Abe said the government had “received expert views that the coming one or two weeks are crucial”.

“We have to prevent emergence of a new cluster of patients among children,” he told parliament.-

“We made this decision because we regard it as our political responsibility.”

The government cannot order schools to shut, a power that belongs to local councils, but authorities in many regions said they were neither consulted nor warned about the decision.

“How will parents who are medical workers or doing other jobs that support society manage? Society could collapse.”

The governor of western Aichi prefecture tweeted that he was “stunned” by the decision, though he expressed some understanding.

“All of Japan has to deal with this infectious disease,” Hideaki Omura added.

The move affects primary schools, high schools and junior high, but nurseries and after-school clubs that also cater to children during holidays will stay open, raising questions about the effectiveness of the policy.

“I’m really angry about this decision, which won’t do anything to protect children,” one mother of two told AFP, speaking on condition of anonymity.

“My company doesn’t offer teleworking, so I’m going to have to take days off,” added another mother. “Financially, it’s very hard.”

Others were more understanding, with Miho Matsuno, a mother currently on maternity leave, saying measures to contain the infection were needed.

“I think that we have to do the maximum possible, even if it seems excessive,” she told AFP.

The government’s decision comes as it ramps up its response to the virus, which has so far infected at least 210 people across the country and been linked to five deaths, the latest a man in his 70s in western Wakayama prefecture.

Authorities say the coming two to three weeks will determine whether the outbreak can be contained, a major concern in the run-up to Tokyo Olympics in July.

“This decision is a particularly drastic step for the central government to take,” said Tobias Harris of Teneo Consultancy.

The policy also “appears to go beyond what the government’s own experts were recommending”, he added.

But some experts have recommended closures, with one member of the government panel earlier saying that smaller-scale school closures had helped contain a new flu outbreak in 2009.

The government has already asked organisers to consider cancelling or postponing major events, and everything from football matches to concerts have been cancelled in recent days.

The operator of Tokyo’s Disneyland and DisneySea said Friday the two parks — which attract more than 30 million visitors a year — will be closed from Saturday until March 15.

Universal Studios Japan also said it would close the park for two weeks.

He said the two countries were coordinating to ensure the “once-in-a-decade event” would be a success.

Japan’s government has also fielded criticism over its handling of a quarantined cruise ship where over 700 people tested positive for the virus.

On Friday, the Diamond Princess’s operator confirmed all passengers have now left the ship, while crew are still disembarking to enter a new quarantine.