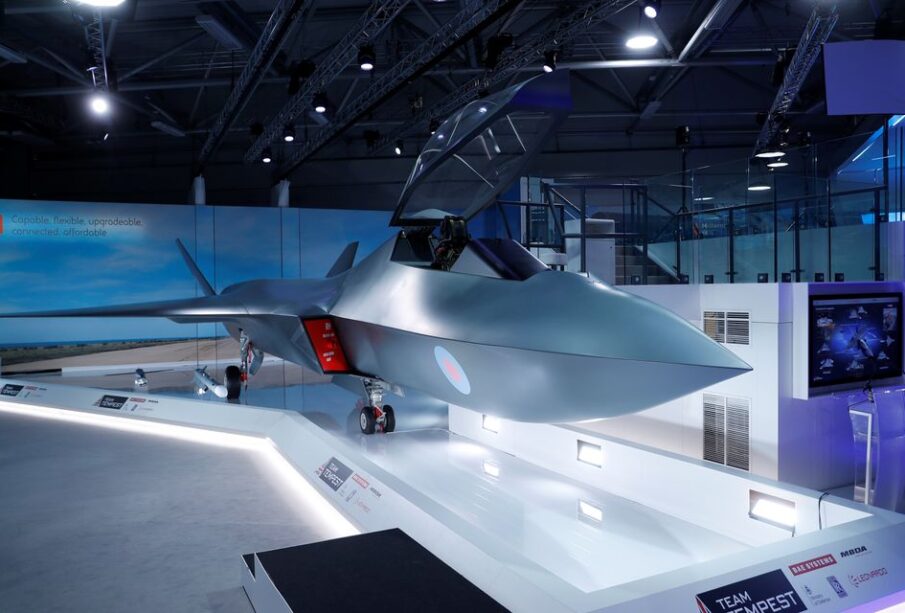 Japan, Britain and Italy are merging their next-generation jet fighter projects in a ground-breaking partnership spanning Europe and Asia that is Japan’s first major industrial defence collaboration beyond the United States since World War Two.

The deal, which Reuters reported in July, aims to put an advanced front-line fighter into operation by 2035 by combining the British-led Future Combat Air System project, also known as Tempest, with Japan’s F-X programme in a venture called the Global Combat Air Programme (GCAP), the three countries said in a statement on Friday.

Against the backdrop of Russia’s invasion of Ukraine and intensifying Chinese military activity around Japan and Taiwan, the agreement may help Japan counter the growing military might of its bigger neighbour and give Britain a bigger security role in a region that is a key driver of global economic growth.

“We are committed to upholding the rules-based, free and open international order, which is more important than ever at a time when these principles are contested, and threats and aggression are increasing,” the three countries said in a joint leaders’ statement.

Amid what it sees as deteriorating regional security, Japan this month will announce a military build up plan that is expected to double defence spending to about 2% of gross domestic product over five years.

British Prime Minister Rishi Sunak separately said that his country needed to stay at the cutting edge of defence technology and that the deal would deliver new jobs.

Britain’s BAE Systems PLC (BAES.L), Japan’s Mitsubishi Heavy Industries (7011.T) and Italy’s Leonardo (LDOF.MI) will lead design of the aircraft, which will have advanced digital capabilities in AI and cyber warfare, according to Japan’s Ministry of Defence.

The three countries, however, have yet to work out some details of how the project will proceed, including work shares and where the development will take place.

Britain also want Japan to improve how it provides security clearances to contractors who will work on the aircraft, sources with knowledge of the discussion told Reuters.

Other countries could join the project, Britain said, adding that the fighter, which will replace its Typhoon fighters and complement its F-35 Lightning fleet, will be compatible with fighters flown by other North Atlantic Treaty Organization (NATO) partners.

Confirmation of the plan comes days after companies in France, Germany and Spain secured the next phase of a rival initiative to build a next-generation fighter that could be in operation from 2040.

The United States, which has pledged to defend all three countries through its membership of NATO and a separate security pact with Japan, also welcomed the joint Europe-Japan agreement.

“The United States supports Japan’s security and defence cooperation with likeminded allies and partners, including with the United Kingdom and Italy,” the U.S. Department of Defense said in a joint statement with Japan’s Ministry of Defense.

Japan had initially considered building its next fighter with help from U.S. defence contractor Lockheed Martin Corp (LMT.N), which had proposed an aircraft that combined the F-22 airframe with the flight systems from the F-35 fighter.