The Times of Earth, International Edition
0
706 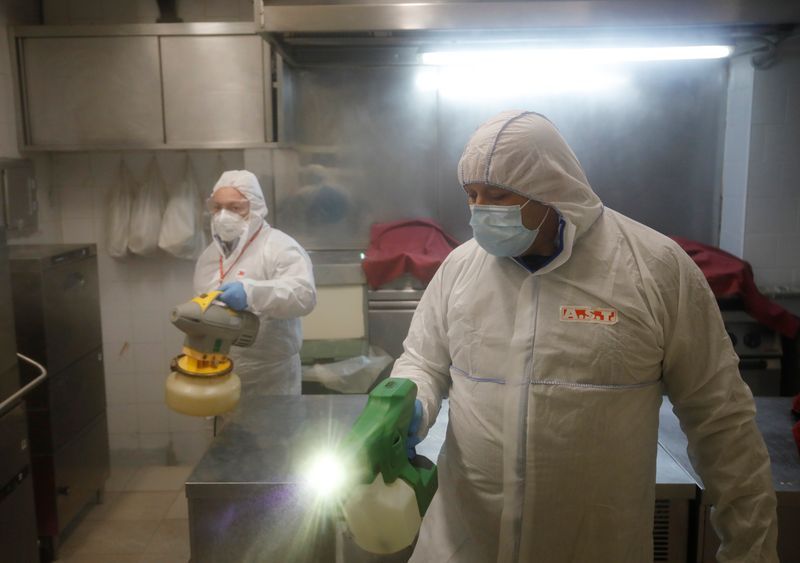 The spread of the coronavirus disease (COVID-19) continues in Campania. Reuters

Deaths from the COVID-19 epidemic in Italy climbed by 464 on Thursday, against 437 the day before, the Civil Protection Agency said, but the daily tally of new infections declined to 2,646 from 3,370 on Wednesday.

The total official death toll since the outbreak came to light on Feb. 21 now stands at 25,549, the agency said, the second highest in the world after that of the United States.

The number of confirmed cases was 189,973, the third highest global tally behind those of the United States and Spain.

People registered as currently carrying the illness fell to 106,848 from 107,699 on Wednesday, a fourth consecutive daily decline.

There were 2,267 people in intensive care on Thursday against 2,384 on Wednesday, maintaining a long-running decline. Of those originally infected, 57,576 were declared recovered against 54,543 a day earlier.

For the first time, the civil protection unit published data on how many people had been tested for the virus so far in Italy, putting the number at 1.053 million, out of a population of around 60 million.

The agency had previously only issued data on the number of swabs carried out. This is a much higher figure — 1.58 million up to Thursday — because many people are tested two or three times.

EU haggles over virus rescue deal as WHO warns pandemic far from ...