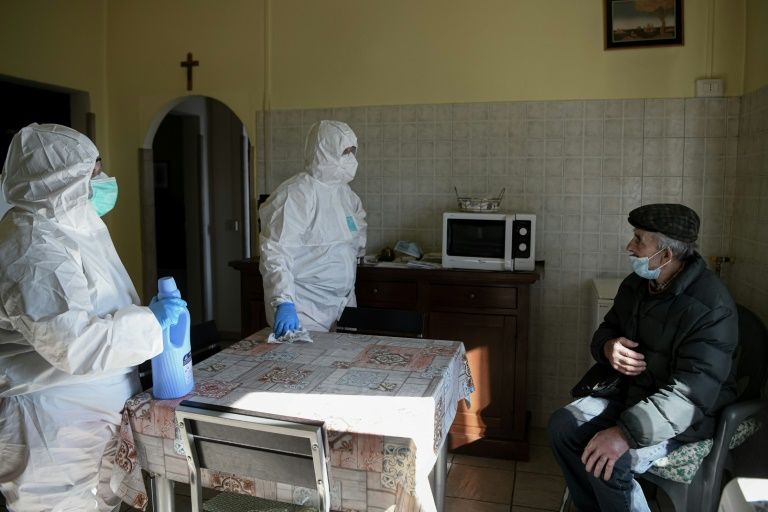 In Palagano some of the 2,000 residents have come to rely on others for help in challenging times (AFP Photo/Piero CRUCIATTI)

The latest tallies broadly confirm what experts describe as a plateau of new cases and deaths, which are no longer accelerating but are still not falling steeply.

The total death toll since the outbreak came to light on Feb. 21 rose to 18,849, the Civil Protection Agency said, the highest in the world.

The number of officially confirmed cases climbed to 147,577, the third highest global tally behind those of the United States and Spain.-

There were 3,497 people in intensive care on Friday against 3,605 on Thursday — a seventh consecutive daily decline.

Of those originally infected, 30,455 were declared recovered against 28,470 a day earlier.

Global virus death toll nears 100,000, but some signs of hope