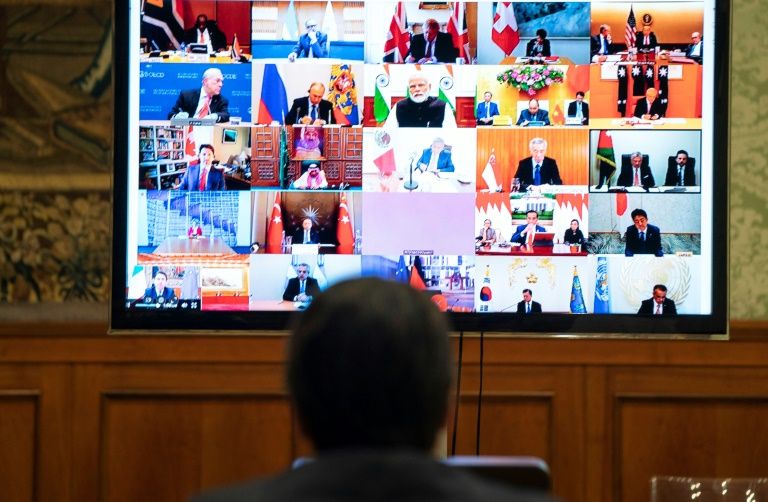 “Dear Ursula,” he wrote in a letter to La Repubblica, “I hear ideas (from you) not worthy of Europe. The decisions we make today will be remembered for years.”

He called for “more ambition, more unity and more courage” from the EU, in response to a letter from von der Leyen in the same paper on Thursday where she had promised more support for Italy.

Conte wants the whole bloc to share the risk by issuing billions of euros in so-called coronabonds, helping Italy to borrow more cheaply to fight a pandemic that has killed nearly 14,000 people and shattered the country’s economy.-

Von der Leyen has sided with Germany and some other northern European countries, who argue that pooled risk could raise their borrowing costs.

She prefers an EU-wide guarantee that could raise 100 billion euros ($108 billion) for the specific purpose of helping national unemployment schemes.

Conte said he “welcomed” the EU’s initiative but made it clear that he still wanted the coronabonds.

“When fighting a war, you must do everything possible to win and equip yourself with all the tools needed for the reconstruction,” Conte wrote.

This required “innovative tools such as the European Recovery Bonds”.

He said the bonds were “useful to finance the extraordinary efforts that Europe will have to put in place” and “are in no way aimed at sharing the debt that each of our countries has inherited from the past”.

EU leaders failed to find a common response last week and gave their finance ministers until next Thursday to agree on something useful.

“We are open to every option,” Dombrovskis wrote. “We need an ambitious, coordinated and effective response.”

Italy’s toll from the new disease reached 13,915 on Thursday, more than any other country.

Its three-week lockdown to stop the spread has been extended through at least mid-April and its economy is expected to suffer its biggest peacetime shock since World War II.

Civil protection service chief Angelo Borrelli told RAI television Friday that Italians would probably “have to stay at home for many more weeks”.

His proposals reportedly include guaranteed loans that could theoretically deliver up to 500 billion euros to struggling companies and households.

This would expand the 340 billion euros in guarantees announced last month.