The Times of Earth, International Edition
0
559 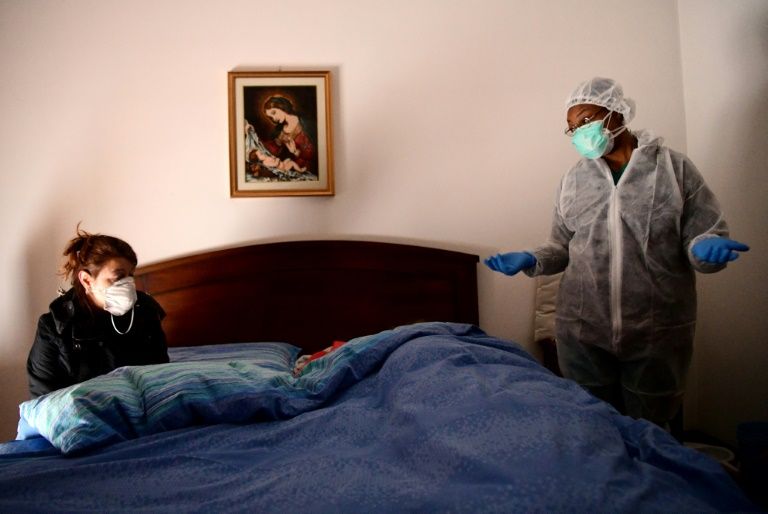 Italian Prime Minister Giuseppe Conte warned Saturday that the European Union could lose its purpose if it fails to come up with a strong response to the coronavirus threat.

Conte aired his grievances after the 27 EU leaders could not agree on an action plan during an argumentative six-hour video conference Thursday and gave their finance ministers two more weeks to forge a policy that could please Italy and Spain.

The two countries hardest-hit by the pandemic blocked Thursday’s statement because it did not go far enough.

The crux of the argument is about the extent to which the EU — facing what Italy views as an existential threat — should abandon its policy of keeping within tight budget constraints.-

The bloc has already untied its purse strings in ways not seen since the 2008-2009 global financial crisis.

Conte argues that this is not enough.

Rome and Madrid want the EU to start issuing “corona bonds” — a form of common debt that governments sell on markets to raise money and address individual economic needs.

More spendthrift nations such as Germany and the Netherlands are balking at the idea of joint debt.

Conte said he and German Chancellor Angela Merkel had “not just a disagreement but a hard a frank confrontation” Thursday about how to proceed.

“If Europe does not rise to this unprecedented challenge, the whole European structure loses its raison d’etre (reason for existing) to the people,” Conte told Saturday’s edition of the Il Sole 24 Ore financial newspaper.

The entire eurozone is expected to slip into a recession over the coming months.

But Italy is facing the threat of a near economic collapse after being the first European country to shutter almost all its businesses on March 12.

Some forecasts suggests that its economy — now the third-largest among nations that use the euro common currency — could contract by as much as seven percent this year.

Conte warned that EU leaders were in danger of making “tragic mistakes” that “leave our children the immense burden of a devastated economy.”

“I represent a country that is suffering a lot and I cannot afford to procrastinate,” Conte said.

The energetic 55-year-old has seen his popularity shoot up thanks to a general sense that he was doing all he could to help the country through its worst crisis since World War II.

Italy’s world-leading death toll is on course to eclipse 10,000 this weekend and its painful shutdown of businesses and many factories could last for months.

The country’s COVID-19 contagion rates are slowing but deaths are still being recorded at frightening rates.

Italy set a new global record by registering more than 900 deaths on Friday — and 1,600 in just two days.

But a growing number of medics are warning that its fatalities could be much higher because retirement homes often do not report all their COVID-19 deaths.

The number of people who have died from the new disease at home is unknown.

“This is something very different from the 2008 crisis,” Conte said.

“We are at a critical point in European history.”