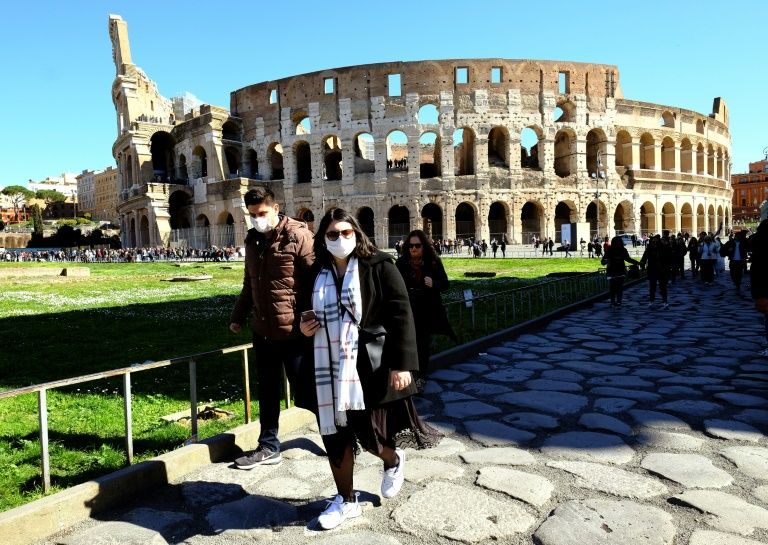 Italy’s economy performed woefully in 2019 and is set to do even worse this year due to the coronavirus, with the threat of recession looming large, experts said Monday.

“In the best scenario for Italy, we expect zero growth (in 2020) with a negative first quarter followed by a slow recovery,” OECD chief economist Laurence Boone said.

The economy expanded last year by just 0.3 percent — its worst figure since 2014, when gross domestic product (GDP) growth was zero.

Europe had fared badly across the board recently, weighed down by Brexit and US President Donald Trump’s protectionist threats.-

But Italy, the third largest economy in the eurozone, has lagged well behind the bloc’s 1.2 percent growth.

The economy is traditionally export-driven and has been hit hard by global trade tensions, political uncertainty at home — two general elections in two years — and a slowdown in Europe, particularly in Germany.

Prime Minister Giuseppe Conte’s government has had some good news — the public deficit fell to 1.6 percent of GDP last year from 2.2 percent in 2018, while the debt ratio at least remained stable at 134.8 percent, well above the EU limit of 60 percent.

But just as Italy was expecting a gradual improvement in both growth and debt, the coronavirus epidemic struck.

The country is the worst-hit in Europe, with 1,694 positive cases and 34 deaths, one of the largest outbreaks outside Asia, according to figures published Sunday.

Wealthy Lombardy and Veneto, regions that alone account for some 30 percent of Italy’s GDP, have been hit hardest — with 11 towns between them forced into lockdown in a bid to contain the virus.

The government initially expected 0.6 percent growth in 2020, while the European Commission had forecast 0.5 percent.

But that was before the virus disrupted manufacturing supply chains, travel and tourism, with airlines cutting flights to northern Italy, trade fairs postponed, sports events cancelled and employees forced to work from home.

“After Italian GDP contracted sharply in fourth quarter of last year, the coronavirus outbreak spells the near-certainty of a renewed contraction in the first quarter that would leave Italy in a new recession,” says Oxford Economics expert Nicola Nobile.

With businesses pleading for help, Italy Economy Minister Roberto Gualtieri announced a 3.6 billion euro support package — equivalent to 0.2 percent of the country’s GDP — to help the economy weather the storm.

No handshake for Merkel as Germany coronavirus cases reach 150