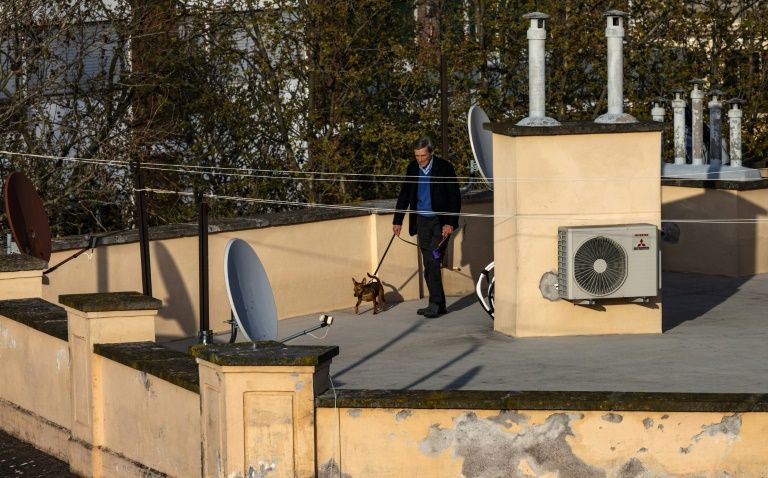 Italy on Monday extended an economically crippling lockdown until “at least” mid-April to stem coronavirus infections that have claimed a world-leading 11,591 lives.

Prime Minister Giuseppe Conte said any easing of containment measures would be done incrementally to ensure Italy does not give up gains it has made against the extraordinary disease.

“It cannot last very long,” he said. “We can study ways (of lifting restrictions). But it will have to be done gradually.”-

Health Minister Roberto Speranza later announced that “all containment measures would be extended at least until Easter” on April 12.

Business closures and a ban on public gatherings were to have expired on Friday.

Italy was the first Western nation to impose sweeping restrictions to stem a pandemic that has claimed more than 36,000 lives worldwide.

Its own toll grew by 812 on Monday and the number of infections reported by the civil protection service surpassed 100,000.

But fresh evidence also suggested that COVID-19 was spreading more slowly than when the first victim died in Italy on February 21.

The daily rate of new infections dropped to 4.1 percent — a fraction of the 62 percent level registered a month ago.

The number of people suffering from the illness at its epicentre in the northern Lombardy region also dropped for the first time.

And the number of people who have recovered from COVID-19 across the nation of 60 million people hit a new high.

“This is the highest number of recoveries recorded since the start of the pandemic.”

Deputy Health Minister Pierpaolo Sileri said the latest data showed that Italy might see “a drop in the number of people infected within seven to 10 days”.

“We are witnessing a flattening of the curve,” Brusaferro told the La Repubblica daily.

“There are no signs of a descent yet, but things are improving.”

Health officials said one of the most encouraging figures was a drop from 25,392 on Sunday to 25,006 on Monday in the number of people in Lombardy testing positive for COVID-19.

The figure had grown continuously for more than a month.

“The picture has improved a lot over the past four days,” Lombardy’s chief medical officer Giulio Gallera said.

The latest data was released nearly three weeks into a national lockdown that has emptied cities and paralysed most business activity.

Store and restaurant closures were reinforced last week by a shutdown of “non-essential” factories.