The Times of Earth, International Edition
0
739 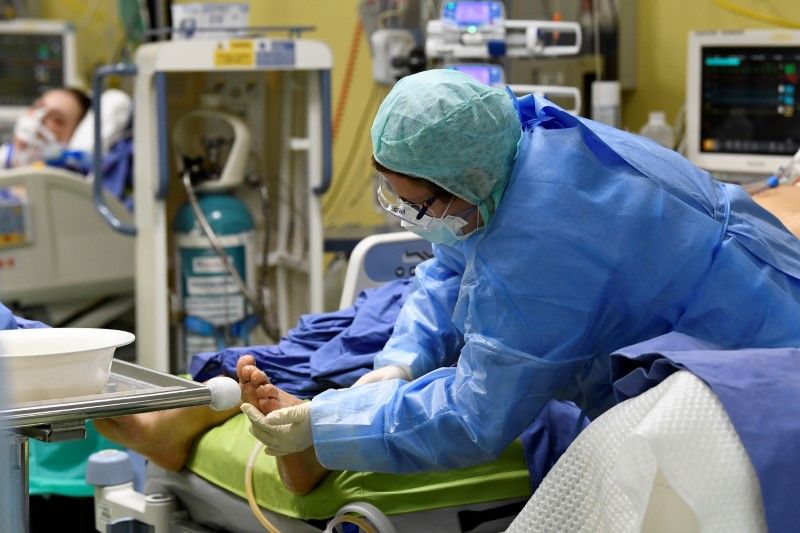 The death toll from an outbreak of coronavirus in Italy has surged by 919 to 9,134, the Civil Protection Agency said on Friday, easily the highest daily tally since the epidemic emerged on Feb. 21.

Prior to Friday’s figure, the largest daily toll was registered on March 21, when 793 people died.

The total number of confirmed cases rose to 86,498 from a previous 80,539, taking Italy’s total past that of China, where the coronavirus epidemic emerged at the end of last year.-

In Italy, of those originally infected nationwide, 10,950 had fully recovered on Friday, compared to 10,361 the day before. There were 3,732 people in intensive care against a previous 3,612.

The hardest-hit northern region of Lombardy reported a steep rise in fatalities compared with the day before and remains in a critical situation, with a total of 5,402 deaths and 37,298 cases.

Friday’s cumulative death tally included 50 fatalities that actually occurred on Thursday in the northern Piedmont region, but whose notification arrived too late to be included in the official figures for March 26, the Civil Protection Agency said.

This has led to some confusion and means that some media outlets are reporting the Friday daily tally at 969, rather than 919.

‘She just had a cough’: Teen’s COVID-19 death shakes France